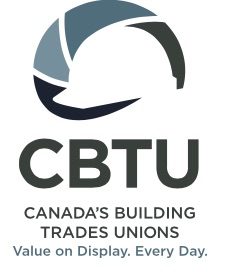 CBTU is the Canadian office of the North America’s Building Trades Unions.

“When the Finance Minister began his speech by talking about Joan the Plumber and her path towards entering that trade, I knew that the government has been listening to us,” said Robert Blakely, Canadian operating officer at CBTU.

Budget 2018 allocates $19.9 million over five years to pilot an Apprenticeship Incentive Grant for women. Under the Grant, women would receive $3,000 for each of their first two years of training.

Along with the existing Apprenticeship Completion Grant of $2,000, women are now eligible to receive up to $8,000 in grants.

The federal government will also invest $46 million over five years for a Pre-Apprenticeship Program, which aims to encourage underrepresented groups – including women, Indigenous Peoples, newcomers and persons with disabilities – to explore careers in the skilled trades.

Other budget initiatives applauded by CBTU include the launch of the Women in Construction Fund, a $10 million investment over three years, and a new Union Training and Innovation program. www.buildingtrades.ca