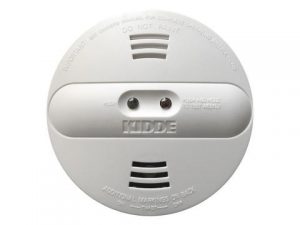 Kidde has recalled two of its dual-sensor smoke alarms due to risk of failure to alert consumers to a fire.

A yellow cap left on during the manufacturing process can cover one of the two smoke sensors and compromise the smoke alarm’s ability to detect smoke, reported the United States Consumer Product Safety Commission (CPSC). The recall was in conjunction with Health Canada.

CPSC recommends consumers remove the alarm from the wall or ceiling and visually inspect it through the opening on the side of the alarm for the presence of a yellow cap. Consumers should not attempt to take apart the alarm, open the casing, or otherwise remove the yellow cap themselves.

The firm has received one report of the yellow protective cap being present on a smoke alarm before it was installed in a consumer’s home. No reports of incidents or injuries as a result of a yellow cap being present have been reported, according to CPSC. www.cpsc.gov   www.kidde.com