Navien marks 40 years in Canada and the U.S. 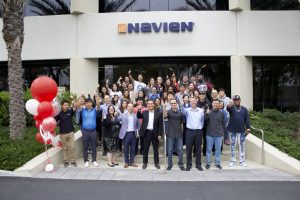 Navien employees throughout the United States and Canada celebrated KD Navien’s 40th anniversary and 12 years of operations in North America.

Founded in 1978, Navien exports its products to over 30 nations worldwide.

Since its inception, Navien has expanded its business to include zone control systems, ventilation systems and home network systems.

Navien’s North American headquarters are located in Irvine, CA. The company also has offices in Vaughan, ON, Shanghai, Beijing, Russia and the U.K., as well as three training centres in Ontario, New Jersey and California. www.navieninc.com