Sébastien Laforge replaces Kevin Fancey who will retire at the end of October. 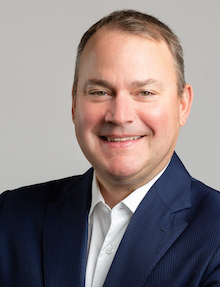 Wolseley Canada has announced that Sébastien Laforge, formerly vice president, Eastern Canada, will become president as Kevin Fancey is set to retire from the organization at the end of October 2020.

Fancey joined Wolseley Canada in 2017 following years in executive and marketing leadership roles at firms such as G&K Services, Ricoh Canada, Chubb Edwards Canada, and Pitney Bowes of Canada. Under his leadership, Wolseley Canada made advancements in the areas of health and safety, customer experience and eCommerce.

“I am enormously proud and humbled to have led the very talented and passionate team of associates at Wolseley Canada,” said Fancey in a company release. “As I pass the baton to Sébastien, I’m confident he will take the organization to new and greater heights in the years to come.”

Laforge joined Wolseley Canada in 1996 as finance manager and became finance director in 1998. From 2009 to 2020, he was general manager, Quebec plumbing and HVAC, and led significant growth in the region. In his most recent role, he was vice president, Eastern Canada.