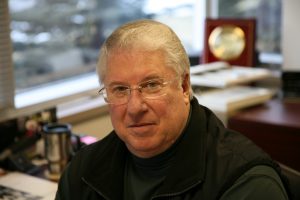 After a more than 50-year career, Don Carter has a few hats to hang.

The industry veteran is set to retire on a career marked by a steady rise in the ranks, and some lessons learned, in Western Canada.

Now, with the next chapter on the horizon, Carter is looking back, cataloguing his life and career and offering some sage advice for up-and-comers in the competitive Canadian market.

Carter hails from the “little hamlet” of Cultus Lake, located south of Chilliwack, BC, where he said his upbringing set the foundation for the rest of his life.

“I’ve always been a hard worker and I always believed in people,” he said. “I believe that we are here to help each other, not to reap the benefits of dollars – which, it can come – but my success, and my failure, was in looking after people.”

In his youth, he held a series of jobs, working as a “skate boy” at the local open-air roller rink, a lifeguard and babysitter, to name a few titles.

“After, I went to the [International Pacific Salmon Fisheries Commission], which was a wonderful job, [but] it was seasonal,” he said. “So, I went to a car dealership when I finished one year and I got a job right away.”

Though, a week into the job, a visitor to the shop – the parent of children he had babysat when he was 12 – changed the course of his career.

“[He] walked into the dealership and says, ‘What are you doing here?’ I said, ‘Working,’” Carter recalled. “He says, ‘You’re gonna quit right now, you’re gonna go get your pay cheque and you’re gonna come with me.’”

With that, he entered the plumbing wholesale business at Chilliwack-based Alcock Downing & Wright Ltd. in 1964. “In those days, it was a pleasure,” he said. “It was helping plumbers help people.”

Carter was soon promoted to the company’s head office in Vancouver, where he said his career “started to blossom.”

Soon after, in 1973, he accepted a position at General Electric, which he said was “a successful and very gratifying path” until a company spin-off in 1979.

At that time, Carter decided to become a manufacturers agent under the name D.W. Carter & Associates. Soon after, he become the first Elkay manufacturing company agent for B.C., Alberta and Saskatchewan.

That path led him to his current title, president of The Carter Marketing Group, established in 1986. Carter went on to represent a laundry list of manufacturers, including BMI Canada, Rinnai, Legend Valve, Water Inc., Centoco Plastics, T&S Brass and J.C. Whitlam Manufacturing, among others.

With his lengthy career in the rear-view and many decades of experience, Carter said the industry must shift its values to focus less on money and more on ‘people.’