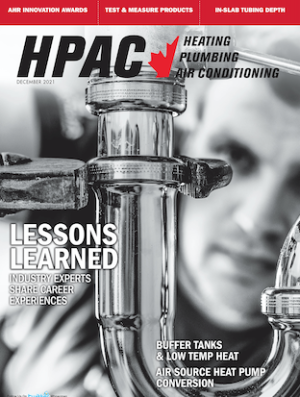 Harald Prell is retiring from Viessmann Canada at the end of 2021. 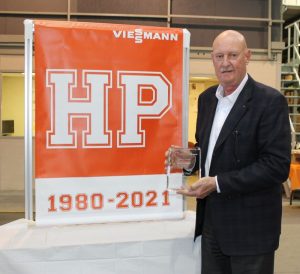 Viessmann Canada held a celebration at the company’s Waterloo, Ont. headquarters on November 22nd for outgoing president Harald Prell (HP) who is retiring after 41 years with the company.

Prell first joined Viessmann in 1980 as an assistant general manager. He was promoted to general manager of North American operations in 1986, and in 1990 he established Viessmann US in Warwick, Rhode Island. He was later appointed president of Viessmann Canada in 2010. 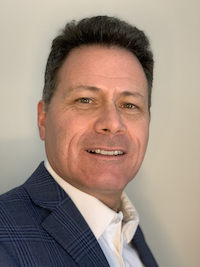 Also at Viessmann Canada, there will be changes within the company’s sales organization. Effective January 1, 2022, Jeff Amlin will assume responsibilities as regional manager – Eastern Canada. In his new role Amlin will liaise and work closely with sales agencies in Ontario, Quebec, New Brunswick, Nova Scotia, P.E.I. and Newfoundland/Labrador as well as continuing to be the main point of contact for key accounts across Canada. 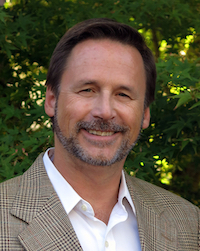 And Randy Stuart will take on responsibilities as regional manager – Western Canada.  Stuart will continue to manage the Viessmann B.C. office and will also work closely with sales agencies in Alberta, Saskatchewan, Manitoba, Northwest Territories and the Yukon. 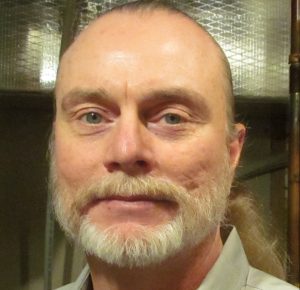 Tosot Bathica of Chateauguay, Quebec, has named Gerry Wagner, vice president of business development for the TOSOT brand of HVAC equipment in Canada. Wagner has 41 years in the HVAC/R industry working in manufacturing, contracting and training and will be responsible for developing and implementing product training as well as multi-media training materials for dealers and distributors. 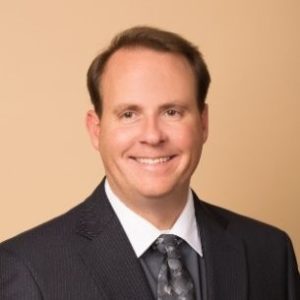 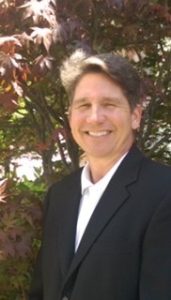 MAX Corp, has added Stephen Coan as national account executive to support the tool company grow sales efforts throughout Canada and the U.S. With a focus on supporting and creating new national distributors, Coan brings a background in selling national consumer products through both retail and wholesale distribution, and he is focused on sales and distribution through new channels including plumbing, electrical, rental as well as industrial supply.