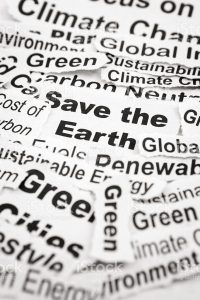 HRAI reports that on July 17, the Government of Quebec published proposed revisions to its halocarbon regulations in the Quebec Gazette.

The proposed regulation changes will prohibit, effective January 1, 2021, the sale, manufacture, installation and distribution of air conditioning and refrigeration equipment operating with HFCs with a high global warming potential, with the exception of domestic appliances, chiller-type appliances and transport refrigeration appliances. The complete ban on the installation of HFC-based appliances will be applied to certain industries, including food stores and large supermarkets, which may use technologies that use natural refrigerants.

Introduced by Minister of the Environment and Climate Change Benoit Charette, the proposed amendments are intended to reduce the equivalent of nearly 6.6 million tonnes of CO2 emissions between 2021 and 2035. The proposed regulatory amendment is subject to a consultation period ending August 31, 2019.

The draft regulation also proposes to review the qualifications of persons who carry out operations on devices containing halocarbons. It also specifies the standards related to their recovery, the actions to be taken in the event of a leak, as well as the recovery and treatment of used halocarbons.

Under the proposed regulations, the new prohibitions will apply to new facilities and end-of-life devices only, which would allow the industry “a gradual and orderly withdrawal of the affected products.”  The Minister’s announcement also stated that the “government is hopeful that the modernization of equipment will be done quickly enough, as several companies have already demonstrated the profitability of halocarbon-free systems.”

According to Minister’s statement:

The proposed regulation offers a fast, efficient and economical way to reduce greenhouse gas emissions in Québec. It is perfectly in line with our desire to implement concrete and pragmatic solutions to combat climate change. Indeed, after having long considered HFCs as an alternative to ozone-depleting substances, we are seeing, more precisely, the extent of their contribution to global warming. It is for this reason that we must limit its use to the maximum. Where other solutions are available on the market, these should be used.

Details can be found on the following links:

Click here for an English version of the Draft Regulation.

Click here for a French version of the Draft Regulation.

More information can be found here (French only)