RSES revitalization is the focus of AGM 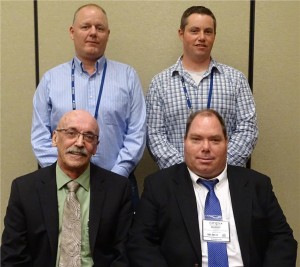 Outgoing president Denis Hebert presented the association’s membership report, which explained that there are currently eight active RSES chapters in Canada, and 464 members across the country. The report says that the chapters need to make a concerted effort to determine what RSES Canada can do to enhance its program offering to encourage both lapsed and new members to join the society. This prompted a discussion about membership fees and the cost variance from chapter to chapter. The motion to change the fees to $150 when applying through RSES Canada was approved to provide financial consistency across the country. The chapters are also exploring ways to improve the RSES’s online presence.

Hebert also presented a number of awards. Brendan Myers, CM, Canadian Capital was awarded the HRAI CMS Award for Educational Achievement, as well as the Spirit of RSES Award. Nick Reggi, CMS and RSES secretary and treasurer received the H.T. McDermott Award. The Mary Syer Memorial Award was presented to Doug Kennedy of the Cabot Chapter, and the Speaker of the Year Award was presented to Paul Boudreau of Bitzer. The Linwell Centennial chapter received the WJA Marshall Award. RSES Bulletin editor Gary Struhar received an Honorary Member Status certificate.

The elected board members for 2016 to 2018 were announced at the conclusion of the meeting. Barry Hawse was elected RSES Canada president, and Miles Nelson is RSES Canada vice president.

A date and venue for the 2017 AGM and Educational Conference have not been announced.