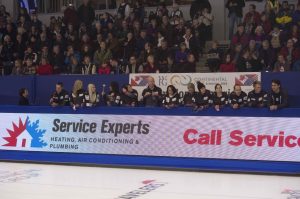 “We love supporting Curling Canada, and were thrilled with the storybook ending for the event, which resulted in victory for North America,” said Roy Inch, regional vice president and general manager of the Canadian Region for Service Experts.

Service Experts was also a sponsor for the 2017 Ford World Men’s Curling Championship.

Prime Minister Justin Trudeau attended the cup in London, ON, when his flight was cancelled due to bad weather. The Prime Minister tweeted that he saw “some great action” at the Contiential Cup, and thanked Curling Canada for the welcome. www.serviceexperts.ca