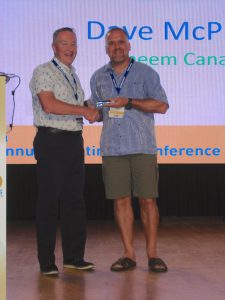 It was fitting that the Heating, Refrigeration and Air Conditioning Institute celebrated its 50th annual meeting and conference at a tropical location. Attendees enjoyed an invigorating program, along with the amenities and warm temperatures at the Paradisus resort in Playa del Carmen, Mexico.

Opening night on October 14 featured the 2017/2018 Year in Review and a view of the future from HRAI’s new president and CEO Sandy MacCleod.

The addition of CEO to the leadership title is just one change implemented by MacCleod since he joined HRAI in June 2018. 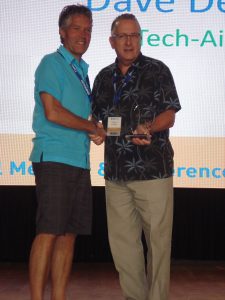 In an organizational shift, he has created two director roles: director, operations and services, held by Frank Diecidue and director, member engagement, held by Loretta Zita. Martin Luymes, who was director of programs and relations, assumed the role of vice president, government stakeholder relations.

In his financial report Diecidue attributed HRAI’s healthy financial position in 2017-2018 to increased education revenues as a result of its partnership with the Ontario Geothermal Association. In Ontario the demise of GreenON, which was spurring much of that growth, has created some instability in the marketplace. 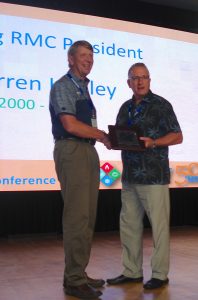 Warren Heeley (l) accepts a plaque in recognition of his contribution to RMC from Sandy MacCleod.

To ensure HRAI’s continued success and growth MacCleod intends to implement a multi-year strategy for the national organization with multiple reviews. “I believe this is the way to go,” said MacCleod.

A plan to bring the Day on the Hill model to the provincial government has already seen progress with a “Day at Queen’s Park” with the new Conservative government in Ontario on October 30. 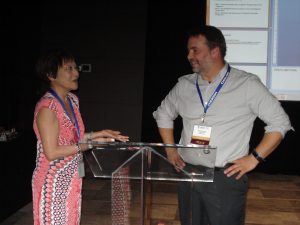 Greg Scrivener, who provided an update on the use of flammable A2L refrigerants in North America, with Marie Li-Ying of Honeywell Limited.

Observations, barbs and predictions on the political scene were offered up by guest speaker Huw Williams of Impact Canada. His closing advice was that “whatever happens on climate change, HRAI needs to be at the table-if you are not at the table you are on the menu.”

HRAI will hold it 2019 annual meeting and conference August 25-27 in Niagara Falls, ON at the Sheraton on the Falls Hotel.

David Weishuhn, incoming HRAI chair and 2017-2018 chair of HRAI’s Contractors Division, announced the recognition awards for outstanding leadership within the division and the HVAC/R contractor community on October 14.

The Gearld Inch Award for Chapter Leadership recognizes the special efforts of volunteers who have been instrumental in keeping HRAI affiliated chapters and local/regional groups viable and meaningful to members. Peter Inch of Roy Inch & Sons Service Experts in London, ON received the award for his work with the HRAI London chapter. 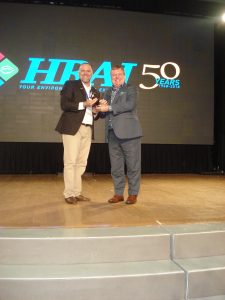