Tail End of the Recovery – Volatility Ahead 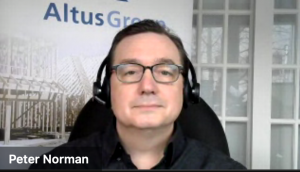 According to Peter Norman, vice president and chief economist with Altus Group, the watch word is “volatility” when looking at the economy today and going forward.

In Norman’s economic forecast presentation hosted on Wednesday, November 25—presented jointly by the Canadian Institute of Plumbing and Heating (CIPH) and the Heating, Refrigeration and Air Conditioning Institute of Canada (HRAI)—he addressed the major indicators for the HVAC/R and plumbing industries, namely residential and non-residential construction activity, both retrofit and new builds, and factors affecting those markets.

From the rapid recession experienced through March, April and May of this year, Norman believes we are still on the upside of the ‘V’ recovery period he projected six months ago. He indicates that we’ve had about 5 months of accelerated growth and now the pace of recovery is “diminishing”.

“We’re at the tail end of the V now,” said Norman.

He pointed to three outlook horizons when beginning his talk: in the short term the rapid economic recovery is now losing steam; in the medium term uncertainties are elevated; and in the longer term shifting demographics will have lasting effects.

Canada’s GDP took a sharp drop in Q2 2020, and although the recovery continues Norman points out that the rising tide has not lifted all boats, and by the time we get to the end of 2021 he anticipates the economy will still be down about $100B from where we were entering 2020. 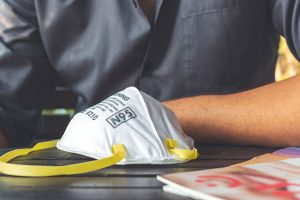 Nearly 3 million Canadians lost their jobs at the depth of the recent recession, but job growth has been quickly climbing back, as Canada has recovered about 2.4 million jobs. Yet the recession has had a severe impact on a large number of households, and as government supports wind down he believes underlying issues will reveal themselves.

On the real estate side, Norman points to a lot of questions about the future of the office sector as a vast majority of the office workforce vacated and is working from home. This continues to be a reality in major urban areas, and now office space tenants are re-evaluating their space needs going forward and he showed how vacancy rates are now climbing in urban areas.

Specifically in downtown Toronto there has been a significant contraction in office space occupied, and there is a significant amount of new office space due to come online over the next two years. He noted that the City of Toronto has announced it is looking to reduce its office space requirements by about 1 million sq. ft.

Norman foresees that, as a result of the pandemic, there will be a reduced number of “person days” in the office going forward as employers move towards more flexible work arrangements, but he believes people will be returning to the office once we’re out of the pandemic.

Institutional, commercial and industrial (ICI) new construction in 2020—January through September—has matched the level of activity in 2019, but Norman is cautious about new project planning as the pandemic may put the brakes on activity going forward. He suggests that ICI construction spending in the next two years will be soft, especially for retail and office construction. The industrial sector, and potentially institutional, will see some upside.

Residential renovation spending appeared strong due to some materials shortages of over the summer, but in reality the numbers reveal a sharp decline in spending early in the year and the bounce back has been positive but not off the charts. And looking at numbers nationwide, residential renovation spend was actually down about 13% for the year and ICI retrofit was also down 5% year over year.

The 2020 housing resale market in Canada has continued to be hot this summer and fall. Norman showed how the Canadian housing had its lowest second quarter in 20 years, but then recorded its highest 3rd quarter ever. He chalks that up to the pent up demand from the stilted Spring buying season and it was further stimulated by low interest rates.

New home sales activity also saw pent up demand push sales higher in the latter half of 2020. However, one indicator for home sales growth is international migration, and that activity has been curtailed due to the pandemic. Norman suggests that if that trend continues it will affect housing demand going forward, but he suggests that government programs could adjust to correct this situation.

The market for housing starts is meeting expectations for the year to date, but heading into 2021 he thinks we can expect the number of housing starts to decline.

Fortunately, it appears the vaccines are on the way, and Norman indicates that summer of 2021 is a best case in terms of the health crisis being under control. There will still be volatility for months to come.