Residential permits decreased 8.3% to $6.4 billion in August, the lowest level since March. 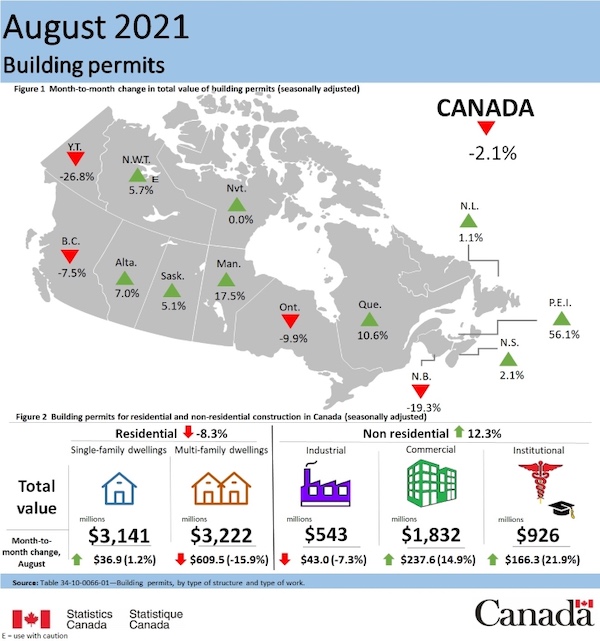 Statistics Canada has announced the total value of building permits decreased 2.1% to $9.7 billion in August marking a second straight decline after a drop in July. Significant declines in Ontario and British Columbia pulled the national results lower.

Residential permits continue to trend down since March

Residential permits decreased 8.3% to $6.4 billion in August, the lowest level since March. Ontario and British Columbia were to blame for most of the decline.

Non-residential permits up in August

Commercial building permits were up 14.9% nationally, supported by Ontario’s third consecutive month of growth. A 10-storey office building permit in the city of North York contributed to Ontario’s gains.

The value of institutional building permits rose 21.9% in August. Much of this growth came from Quebec (+78.0%).