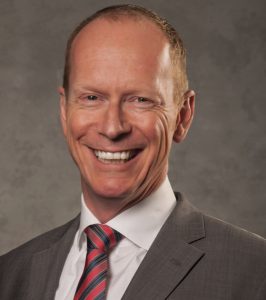 Wil VandeWiel has been promoted to chief executive officer of Taco Comfort Solutions. He joined the 96-year-old privately held company in December 2014, in the position of president and chief operating officer. A native of the Netherlands who is an American citizen, Wil VandeWiel, 50, came to Taco as an experienced senior executive with a track record of building collaborative teams and achieving sustainable growth with a number of top-tier international companies. Taco Comfort Solutions’ chairman and owner, John Hazen White, Jr. will focus to an even greater degree on strategic planning and total Taco growth going forward. In addition to strategic planning activities and relationship building, White will remain actively involved in the philanthropic work of The White Family Foundation, in pursuing his own philanthropic and community interests, and in developing his American Manufacturing initiative project in conjunction with the Brookings Institute in Washington, DC.

John White, Jr. is the third generation of the White family to lead Taco. He will remain as company CEO but will refocus his responsibilities on building new partnerships and strategic acquisitions worldwide in pursuit of company growth and diversification.

A native of the Netherlands and a U.S. citizen, VandeWiel has a track record of building collaborative teams and achieving sustainable growth with a number of international companies. He served as president/CEO of DORMA GmbH, a global access control company located in Pennsylvania, where under his leadership, four acquisitions were added to DORMA Americas, all service efforts were merged into one nationwide platform, and new sales channels were added. Prior to that, VandeWiel was managing director for U.S. based Robert Bosch LLC’s Security Systems division and he served in senior leadership roles for Royal Philips N.V.

VandeWiel holds a degree in mechanical engineering from Eindhoven University of Technology in the Netherlands and an advanced degree from MIT. He also holds a Master Black Belt in the application of Six-Sigma and Lean Enterprise techniques. VandeWiel will report directly to John White, Jr.