Broan-NuTone has recalled some of its ventilation units due to a fire hazard with a fan recall involving L500 series fans. The fans have the model information printed on the specification label affixed to the blower assembly. 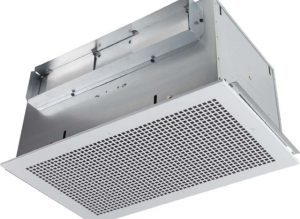 No incidents have been reported to date, and consumers are urged to immediately turn off and unplug the recalled fans and contact Broan to receive a new replacement fan.