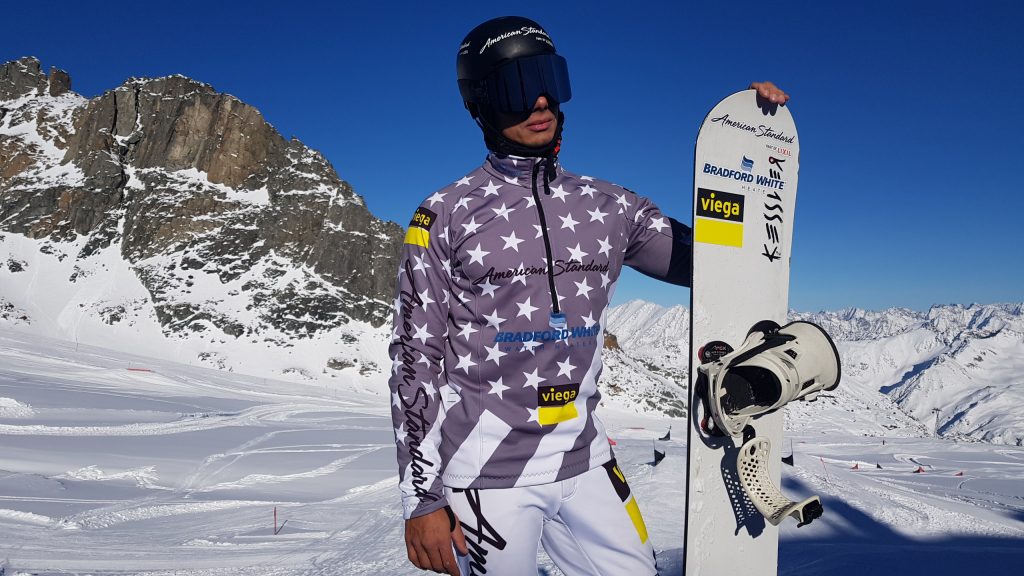 Viega has announced that the for the 2019-20 season it will be sponsoring Jonathan Cheever, a 2018 Olympian and a 14-year member of the U.S. Snowboard Team as a snowboard cross racer.

Cheever’s uniform, which already features sponsor logos from American Standard and Bradford White water heaters, now includes the Viega logo when he snowboards in World Cup races. And later this summer Cheever will have Viega fittings in his toolbox when he’s off the slopes and installing water heaters.

A licensed journeyman plumber, Cheever supports himself in the off-season installing water heaters and plumbing bathrooms in Park City, Utah, where he’s done jobs for teammates and coaches. He also sometimes returns to his hometown of Saugus, Massachusetts, to work with his father and brother, who own Mark Cheever Plumbing & Heating.

“Jonathan is a natural fit for Viega,” said Molly Morrow, channel marketing manager for Viega, in a company release. “In addition to being a world-class athlete, he understands the challenges and rewards of plumbing.”

This winter Cheever is competing in the FIS Snowboard World Cup, which started in Austria in December and will conclude in March in the Czech Republic. He is racing for the U.S. as an independent athlete.

“Snowboarding is my passion but, for me, plumbing is more than just a way to make a buck,” Jonathan said in the release. “I like the challenge of figuring out the best way to solve a problem and improving people’s lives.”