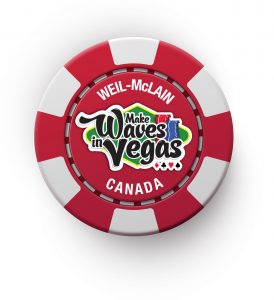 Twenty contractors from across Canada headed to Vegas last month after winning the Weil-McLain Canada Make Waves in Vegas promotion. Winners, who were drawn from promotion entries for qualifying Weil-McLain boilers purchased between September 1, 2016 and December 1, 2016, included Quality Plumbing & Heating in Weyburn, SK, Nu-Mun Contracting in Calgary, AB and AtlasCare in Oakville, ON.

Each winner, along with a guest, received airfare, accommodations, dinner and tickets to a Blue Man Group show and the 2017 AHR Expo. They also joined 40 other invitees at a Weil-McLain Canada product meeting for a preview of what is coming in 2017.