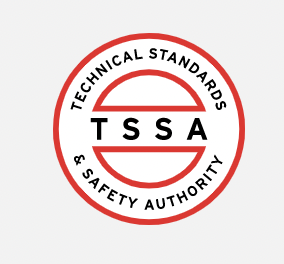 OPSEU, the union representing TSSA inspectors, have continued to strike since July 21 after both parties failed to reach a new collective agreement for inspectors. In Ontario, the TSSA conducts mandatory safety inspections for most powered mechanical installations in construction and industrial settings.

Almost 200 safety inspectors with OPSEU/SEFPO Local 546 at the Technical Standards and Safety Authority (TSSA) have voted 89%  in favour of giving their bargaining team a strike mandate.

The members work in a number of safety areas and are negotiating a first contract after joining OPSEU/SEFPO last year. A lack of co-operation and movement from the TSSA led the bargaining team to seek a strike mandate from members.

“The employer has demonstrated a consistent unwillingness to bargain and total disrespect for the process,” said OPSEU/SEFPO President JP Hornick. “In the face of unrelenting stonewalling, the union had to ask for a strike mandate – and they got an overwhelming one.”

“When you receive this level of backing from your members, the employer has to sit up and pay attention – and bring a new attitude to the table,” she added. “It’s time to get down to business and negotiate in good faith.”

As of July 22, TSSA made an updated offer which can be found here. Negotiations are ongoing.

TSSA has been engaging in good faith negotiations with OPSEU since the fall of 2021 to finalize a first collective agreement for inspectors. Despite these efforts, an agreement could not be ratified before the strike deadline of 12:01 a.m. on Thursday, July 21.

“Given the reasonable and fair contract we have offered and our availability for ongoing discussions, TSSA does not see why inspectors have chosen to go on strike. Our approach is to bargain in good faith, reach a fair agreement and avoid any disruption. Unfortunately, the union stopped negotiating directly with TSSA after the first few meetings and gave indications of their strike intentions. We are concerned with OPSEU’s deliberately false communications that suggest we are not bargaining in good faith.”

To stay up to date with the latest from both OPSEU/SEFPO Local 546 and TSSA, visit opseu.org or tssa.org.