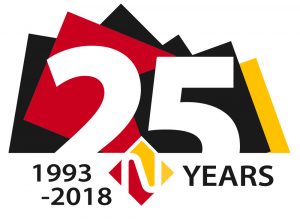 Noble held its 25th Anniversary customer appreciation BBQ and tradeshow June 22 at its head office on Jane Street in Toronto, ON. The event attracted about 1000 contractors and other Noble customers. Jim Anderson, Noble’s general manager, along with local politicians were on hand, as was NHL Hockey Hall of Fame star Doug Gilmor. Attendees lined up in droves to get an autograph and have a photo op with the two-time All Star.

Highlights of the event included a cheque presentation to George Brown College for Trades Student Scholarships, vendor exhibits and draws.