Jason Jackson takes over as new Chair of the Canadian Hydronics Council.

The Canadian Hydronics Council (CHC) held its virtual Annual Meeting on Tuesday, June 23, an online event which included the naming of its new Chair, a presentation on the progress of the National Standards Hydronics Curriculum, and the announcement of this year’s recipient of the CHC Award of Merit. 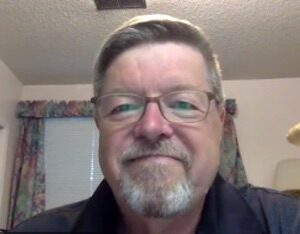 Outgoing chair, Dave Hughes (program instructor at NAIT), played a central role in all three aspects of the meeting, handing over the title of Chair to Jason Jackson (a professor at Fleming College in Peterborough, Ont.), leading the curriculum presentation, and being the surprised recipient of the Award of Merit.

Hughes, who completed two consecutive two-year terms as CHC Chair, outlined a few highlights from his tenure including the outcomes from recent strategic planning sessions, which included succession planning objectives and encouraging the recruitment of younger blood into the council leadership. The group’s ongoing liaison position with the Canadian Home Builders Association to build the hydronic industry’s profile was also mentioned, along with the creation of the CHC Conference – the first held last fall in Ottawa and the second planned for Saskatoon in 2021.

The new CHC Chair, Jackson, outlined a few objectives for his upcoming two-year term, which includes building upon the work already accomplished towards establishing a national certification, strengthening the education opportunities for the industry and building greater awareness of the benefits of hydronics to consumers and builders.

The naming of this year’s CHC Award of Merit winner was handled by Mike Miller (Taco, past Chair of CHC) who surprised Hughes by calling out his name. “I’m not usually without words,” said a stunned Hughes following the announcement.

Launched in 2012, the Award of Merit is the highest honour for an individual in the Canadian hydronics industry.