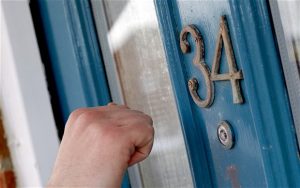 For some time HVAC industry associations have been seeking solutions to the ongoing problem of unethical door-to-door sales. Though the problem originated in Ontario, it has also worsened in other parts of the country, notably Winnipeg, MB and Calgary, AB.

The legislation proposed by MPP Yvan Baker was challenged by The Heating, Refrigeration and Air Conditioning Institute (HRAI), the Canadian Institute of Plumbing & Heating (CIPH) and the Canadian Water Quality Association (CWQA) because of its potentially devastating impacts on all forms of in-home HVAC equipment sales, including those initiated by the customer. If passed, the legislation would have seriously hurt HVAC businesses across Ontario and consumers, as it would limit their purchases to retail settings.

This followed a meeting with Assistant Deputy Minister (ADM) Frank Denton on October 3 in which HRAI and CWQA were advised that a “solution” to the Bill 14 problem might come soon. Denton pointed to the September 23 “Mandate Letter” issued by the Premier to the Minister of Government and Consumer Services, which included a directive to “expand protections to help consumers deal with unscrupulous door-to-door salespeople trying to sell home appliances.” HRAI was advised at that time that the Minister agreed with the industry that Bill 14 was not the right solution to the problem.

The new Bill 59 effectively renders Bill 14 obsolete. More importantly, it takes a different approach to the door-to-door sales problem. The focus in this legislation is still on equipment sales contracts signed in the home, but only those that were not initiated by the homeowner. The key clause on which the legislation now relies reads as follows:

The consequences of contravening this requirement are also severe, including progressive fines and even a provision that a supplier who contravenes the Act might risk forfeiting their equipment to the purchaser, with no expectation of compensation.

There are elements in the Bill that require clarification. For example, it is not clear what is meant by “any other prescribed place.” And while the legislation clearly okays customer-initiated sales calls, it is not clear what the contractor’s options are for “upselling” while in the home (i.e. will contractors be required to limit the scope of their offerings the details of the original customer request?). There may be other problems as well. To fully appreciate the implications of the proposed changes, they must be reviewed in the context of the relevant sections of the Consumer Protection Act, which this Bill amends.

HRAI is analysing the wording of this legislation carefully to ensure it targets the problem correctly without penalizing legitimate businesses.

Government officials expect that this bill will get through third reading and into committee by end of January so it will be important for HRAI and the industry to develop a response, and a position of support or opposition. The good news is that the Ministry is eager to have industry involved in the process.