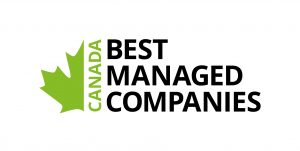 Over 200 companies reached Platinum Club status in 2018, having maintained their designation for seven years or more.

The awards recognize Canadian, privately-owned and managed companies with annual revenues over $25 million.

Winners were chosen based on exceptional business performance achieved through a clear strategy and vision, investment in capability and commitment to talent.

Applicants are evaluated by an independent judging panel comprised of representatives from program sponsors in addition to special guest judges.

Among the 44 companies awarded were BMI Canada and Winters Instruments.

“This recognition is the result of years of hard work from all employees to constantly bring the company a step further, while always keeping the customer in mind,” said Marc Bouthillette, president of BMI Canada.

Winters was a winner of Canada’s Best Managed Companies program in 2017 and re-qualified in 2018 to maintain its status.

The awards are granted on four levels: