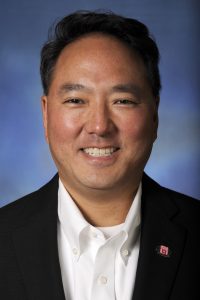 Doug Yamashita, executive vice president of sales and marketing, Acme Engineering & Manufacturing Corp., has been named president of the Air Movement and Control Association (AMCA) International Inc.for 2017-18. Yamashita is the third person from Acme to serve as president of AMCA. The focus of his term, he says, will be engaging with and fostering participation from new employees of member companies.

“AMCA has been well-served by the leadership of its member companies for 100 years, but like all industrial organizations today, AMCA needs to help the association and its members prepare for the next generation of leaders,” said Yamashita.

Yamashita, who joined Acme as applications engineering manager in 1994 and transitioned to sales management in 1998, was elected to AMCA’s Board of Directors in 2010. He is chair of the Advocacy and Nominating committees. Previously, he served on AMCA’s Sales and Marketing Steering, Statistics, Marketing, Air Movement Code Action Review, DOE/Fan Regulation, and Audit committees and its FEG, Product Efficiency, System Efficiency, and FEI Marketing task forces.

A native of Montreal, QC, Yamashita holds a degree in mechanical engineering from the University of Waterloo.

Air Movement and Control Association (AMCA) International Inc. is a not-for-profit trade association with more than 370 member companies worldwide representing more than $3 billion in annual revenue. AMCA’s mission is to advance the health, growth, and integrity of the air-movement-and-control industry, with programs such as certified ratings, verification of compliance, and international standards development. AMCA also advocates for model codes, regulations, and utility incentive programs promoting efficiency and life safety.