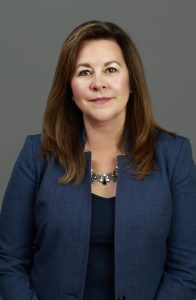 Gray has over 20 years of experience in customer centric organizations.

In its search for a new CEO, Rod Bianchini, director of industry relations, will take the reins as interim COO. Bianchini has been with the organization since 2013, moving into his most recent title last year.

Gray joined the organization in 2013 as director of customer experience. She was appointed COO in January 2018. www.itabc.ca