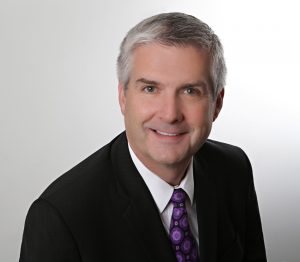 Wholesale distributor Wolseley Canada Inc. has announced the appointment of Kevin Fancey to the position of president, effective June 5, 2017. He is assuming the role Simon Oakland has held on an interim basis since Darcy Curran left the company in August 2016. In his new role, Fancey has responsibility for the overall leadership of the company, operational management, and for working with the senior leadership team to plan and execute the company’s business strategy.

Fancey joins Wolseley from G&K Services where he has served as president since 2013. At G&K, his mandate included re-invigorating the company’s growth, increasing revenue, and delivering significant returns on asset rates. Fancey successfully achieved this mandate through the creation of a multi-pronged business strategy. He revamped the company’s customer experience management program and pricing model, and surpassed industry benchmarks for employee and customer retention. Prior to his time with G&K, Fancey held executive-level sales and marketing positions with companies including Coinamatic Canada, Ricoh Canada/IKON Canada, Chubb Edwards Canada, and Pitney Bowes of Canada.

“I am very excited with the opportunity to join the Wolseley Canada team,” said Fancey. “Wolseley has a great reputation, and I’m looking forward to working with the team, building on their successes, and serving Wolseley’s customers, employees, partners and shareholders.”

Fancey will report to Oakland, who is CEO, Canada and Central Europe, and Group Head of Corporate Development, Wolseley plc. Oakland will work with Fancey on setting the strategic direction for the company.

“I am truly pleased to welcome Kevin to Wolseley Canada,” said Oakland. “Kevin has a proven track record of managing large, national businesses, and his focus on strategy and operational excellence will be important to Wolseley Canada’s future success.”

Fancey works out of Wolseley Canada’s head office in Burlington, ON.