Saniflo, in partnership with the Association Hydraulique Sans Frontières, an association that provides technical assistance in the field of hydraulics to developing countries, has led the second and final phase of its sanitation project in West Africa. 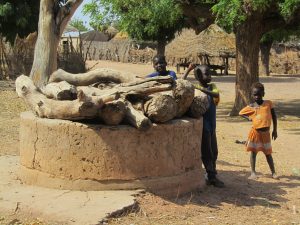 Children surround a stone well in Diam Diam, which has been filled due to water contamination.

The project, which kicked off in March 2015, aims to improve access to toilets and safe drinking water in Diam Diam, Senegal, a town of approximately 4,000 residents.

The project is in recognition of World Toilet Day, a United Nations observance day that takes place annually on November 19 to raise awareness about the global sanitation crisis.

“There is a pressing need to address water sanitation issues around the world,” said Ross Evans, national sales manager at Saniflo Canada. “As a leading toilet manufacturer, we understand the importance of sanitation and its lasting impact on health and living conditions.” 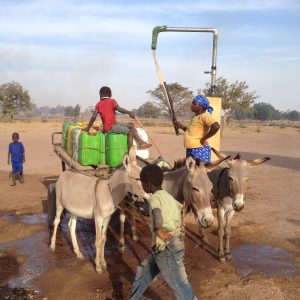 Saniflo is a residential and commercial manufacturer of macerating and grinding toilets, as well as drain-pumping systems, based in Guelph, ON. The company has participated in other global sanitation initiatives, including the Gbatopé Project based in the Togolese Republic of West Africa, of which only 12 per cent of the population has access to sanitation facilities. The project works to improve water and sanitation issues in the village of Gbatopé through the development of wells and modern sanitation systems.