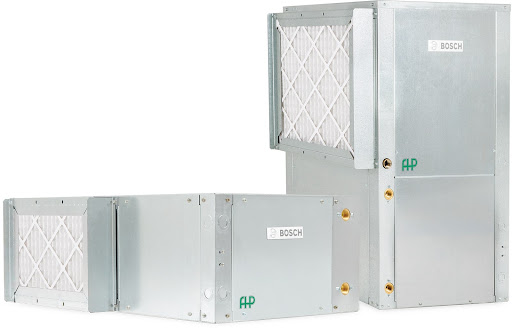 Bosch Thermotechnology has announced its new, ultra-quiet water-to-air heat pumps, the QV Series, for commercial spaces in multiple sizes and both horizontal and vertical configurations. 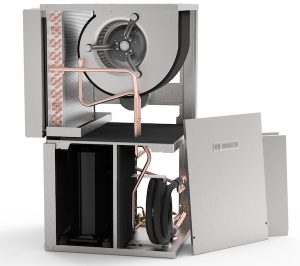 Additionally, encapsulation parts are installed around the compressor and assembled with heavy gage sheet metal and a double layer of vinyl material on both sides.

The access panels and the unit’s divider use the same type of sound attenuation material, making the panels heavier, thus reducing the sound radiating from the unit.

Also, the compressor is installed on an isolated and elevated base plate that dampens vibrations during operating cycles.

The overall lowest sound rating for the commercial QV Series heat pumps is 53dB, making it an industry benchmark, and a solution for designers to improve NC ratings in commercial spaces e.g. school classrooms and office spaces.