In addition to reducing environmental impact, R-454B is expected to be more compatible with existing R-410A equipment designs. 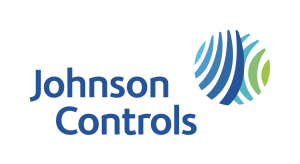 Johnson Controls has announced the selection of R-454B, a lower global warming potential (GWP) refrigerant, to replace R-410A in its ducted residential and commercial unitary products as well as air-cooled scroll chillers.

This reported decision was made as the HVAC industry is preparing to phase out high-GWP refrigerants, such as R-410A, which are now being formally addressed by the Environmental Protection Agency (EPA) through the recently passed American Innovation and Manufacturing (AIM) Act.

After evaluating several low-GWP alternatives on a variety of performance and market metrics, such as safety, capacity, efficiency, reliability, availability and longevity, Johnson Controls has determined R-454B to be the best-in-class replacement refrigerant – a decision echoed by other leading HVAC manufacturers.

“Utilizing R-454B was a clear decision, but one that took years of in-depth research, testing and evaluation,” said Chris Forth, Executive Director of Regulatory, Codes and Environmental Affairs, Ducted Systems, Johnson Controls. “This decision maximizes environmental benefits, which will help to avoid, if not completely avert, a second, near-term transition for the unitary sector. As the AIM Act phase-down schedule progresses, higher-GWP fluids such as R-32, while viable today, have the potential to be eliminated as an option due to their high-GWP values. Johnson Controls will continue to evaluate lower-GWP alternatives for future possibilities.”

In addition to reducing environmental impact, R-454B is expected to be more compatible with existing R-410A equipment designs, requires less or similar refrigerant charge and can reduce the energy use of HVAC systems and improve system efficiency. The similar operating characteristics with R410A will make for a smoother transition for distributors, wholesalers and contractors.

As we approach the refrigerant transition cut-off dates, safety standards and building codes must be updated prior to a widespread market introduction of mildly flammable, low-toxicity A2L refrigerants such as R454B.