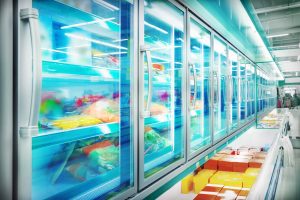 Klea 407H may also be used as a drop-in solution, according to Mexichem.

Mexichem has launched Klea 407H in partnership with Daikin.

Klea 407H is intended to replace refrigerants R404A or R507 as a lower GWP alternative in medium and low temperature applications. It has a GWP of 1495.

Starting in the new year, the EU will implement a major reduction to the HFC supply quota under its F-gas regulation.

“The move away from higher GWP refrigerants is gathering pace, and the F-gas quota reductions due in January 2018 makes finding reliable, accessible alternatives to refrigerants such as R404A a priority for the industry,” says Sarah Hughes, EMEAI commercial director for Mexichem’s Fluor Business Group.

“We are delighted to partner with Daikin in offering Klea 407H, which provides an effective combination of performance and lower GWP to meet this need with minimal retrofit requirements for the refrigeration market,” added Hughes.

Mexichem reports that efficiency testing has shown Klea 407H to have comparable COP to R404A and other replacement products, including HFO blends. The company claims the product will deliver improved performance using a new blend of existing HFC technology.

Mexichem, based in Mexico, has manufacturing centres in Mexico, the UK, U.S. and Japan. www.mexichem.com