The HVAC/R industry is working to make sure the transition to low global warming potential (GWP) refrigerant goes as smoothly as possible.

The hydrofluorocarbon (HFC) phasedown in North America is fragmented to say the least. As the federal regulatory approaches of Canada and the United States continue to diverge and their respective provinces and states chart their own paths, the landscape for manufacturers, suppliers, installers and end users is only getting harder to understand.

Those operating in both countries must know how to deal with the various issues this fractured regulatory environment presets or risk putting their business and people’s lives in harm’s way.

The Kigali Amendment to the Montreal Protocol is an international treaty signed in 2016 that aims to reduce greenhouse gas emissions from HFC refrigerants. The treaty allows each ratifying country to determine its own regulatory structure such as an outright ban, a quota system or an allocation. Thus far, the treaty has been ratified by 79 countries, including the European Union nations, Japan, Australia, Mexico and Canada. The U.S. has not ratified the Kigali Amendment and is unlikely to under the current administration.

Canada ratified the Kigali Amendment to the Montreal Protocol in 2017 and put into place the following phasedown schedule:

The province of Québec, however, recently announced that it intends to further regulate HFCs and asked for comments on the following phasedown schedule:

These proposed regulations risk leaving Québec without legal equipment for refrigeration and air conditioning. Currently, the HVAC/R industry, led by AHRI and HRAI, is working with the provincial government of Québec to extend the comment period and then negotiate regulations that are more inline with those of other regulatory bodies and do not put the industry and the general public at risk.

To achieve the first two phasedown steps in the Kigali Amendment, the U.S. environmental protection agency (EPA) set a phasedown schedule for high-GWP refrigerant using rules 20 and 21 of its Significant New Alternatives Program (SNAP). These rules were used to regulate the phaseout of CFCs and HCFCs during the initial Montreal Protocol, and EPA believed the Clean Air Act gave it similar authority to act on greenhouse gases. Two refrigerant manufacturers, Mexichem and Arkema, however, sued the EPA in federal court over this interpretation and won, effectively limiting the federal government’s ability to regulate greenhouse gases without new legislation. The EPA is currently determining how it will regulate HFCs in the future with new rules expected some time in 2020.

Rule 608 and the Clean Air Act

Rule 608 of the Clean Air Act requires the EPA to regulate the maintenance and servicing of equipment using ozone-depleting refrigerants. The rule “prohibits knowingly venting or releasing ozone-depleting or substitute refrigerants in the course of maintaining, servicing, repairing or disposing of appliances or industrial process refrigeration.” After the 2016 election but before President Trump was sworn into office, the EPA issued a rule that updated Rule 608 to include HFCs. Under the current administration, the EPA is revisiting this update but has not issued any further guidance. 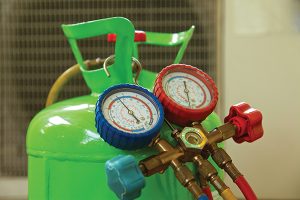 The industry must become familiar with new flammable refrigerants coming to market.

Due to the lack of action on the federal level, states are stepping in to push the phasedown agenda. The U.S. Climate Alliance is a group of 24 states and Puerto Rico that pledged to implement policies that advance the goals of the Paris Climate Agreement after the U.S. withdrew. The Climate Alliance represents 55 per cent of the U.S. population and an $11.7 trillion economy and several of these states have included HFC regulations as part of their climate plans. California, Washington and Vermont have already adopted phasedown plans based on the proposed SNAP rules while Connecticut, Delaware, Maryland, New Jersey and New York are in various stages of adopting regulatory programs.

Unsurprisingly, California is setting the pace for the Climate Alliance states in its aggressive regulations of HFC refrigerants. The California Air Resources Board, or CARB, is a state agency charged with developing the regulations and it is guided by California’s commitment to reduce greenhouse gas emissions from HFCs by 40 per cent by 2030 compared to a 2013 baseline. Thus, California is writing HFC phasedown rules that go beyond those laid out in SNAP rules 20 and 21 and put it on a pace 5 to 10 years ahead of the Kigali phasedown schedule:

Because California set such ambitious HFC emission reduction goals, CARB cannot afford to only regulate new installations as the other Climate Alliance states are doing. Instead, it must also regulate emissions from existing installations, or “banked” emissions. Currently, CARB is working to define a system retrofit so that it might determine an existing system must convert to low-GWP refrigerant.

Generally, the other states regulating HFCs— Washington, Connecticut, Maryland, Vermont, Delaware, New Jersey and New York— are following the sectors and limits laid out in SNAP Rules 20 and 21. While these states differ on sector implementation dates, none of them are going as far as California in regulating existing installations. Rather, they are all adopting similar, and in some cases copying exactly, regulations to limit the GWP of new and expanded systems.

A2Ls, as categorized by ASHRAE, are the new class of low-GWP refrigerants expected to replace the phased out HFCs in most applications. Globally, A2Ls have been used safely for years: more than 8M mini-split systems using R-32 and more than 68M automobile air conditioners using A2Ls have been installed. Since A2Ls are new to the U.S. however, and these replacement refrigerants are mildly flammable safety and training are big issues. The safety concerns around A2Ls mostly have to do with their ignition potential in a fire started elsewhere.

A3 refrigerants such as R-290 (propane) are highly flammable and their use is already included in safety standards. Some of their requirements include: no more than 150g per refrigerant loop, no nearby sources of ignition and no use of near points of egress. Some manufacturers have redesigned their products to safely use flammables, reducing refrigerant charge and the potential for leaks. One manufacturer reports on 6,000 commercial propane ice machines operating with no problems.

ASHRAE is the body governing standards for applications and UL does the same for equipment. ASHRAE 34 is the standard that defines and categories equipment as an A2L or A3. ASHRAE 15 is the standard governing the installation of systems using these refrigerants.

ASHRAE 15 Addendum “d” was approved October 2018 to regulate the use of A2Ls in “high probability systems,” which includes unitary systems, split systems, multi-split systems, rooftop units and other similar equipment.

Addendum “d” stipulates, among other things, that for larger charge systems leak detectors are required and they must trigger ventilation to dilute the refrigerant and sound an alarm.

ASHRAE Addendum “h” regulates the use of A2Ls in systems located in machine rooms and stipulates that when the charge exceeds the Refrigerant Concentration Limit (RCL) the system must be installed in a machine room. Neither Addenda “d” nor “h” however, covers refrigeration application. ASHRAE committees are currently working on a separate Addendum for these applications.

Once new standards are completed for A2Ls and A3s they need to be included in the model codes, which are then used to write local building and fire codes. The adoption of these standards into the ICC and the UMC, the two main model codes used by state and local jurisdictions, is not certain. The ICC recently voted against a measure to exclude UL 60335-2-40 from the 2021 model code, paving the way for a vote on its inclusion in October 2019. There are, however, significant concerns over safety and lack of training associated with 2-40.

Also recently, ASHRAE 15 was rejected by the UMC due to similar concerns about the lack of training for handling flammable refrigerants. If these standards are not adopted into the two main model codes, states or provinces seeking phaseout HFCs will have to orchestrate their adoption into individual jurisdictions’ building codes. And, especially in California, local fire chiefs have expressed a lot of concern about exposing fire fighters to flammable chemicals during fires. 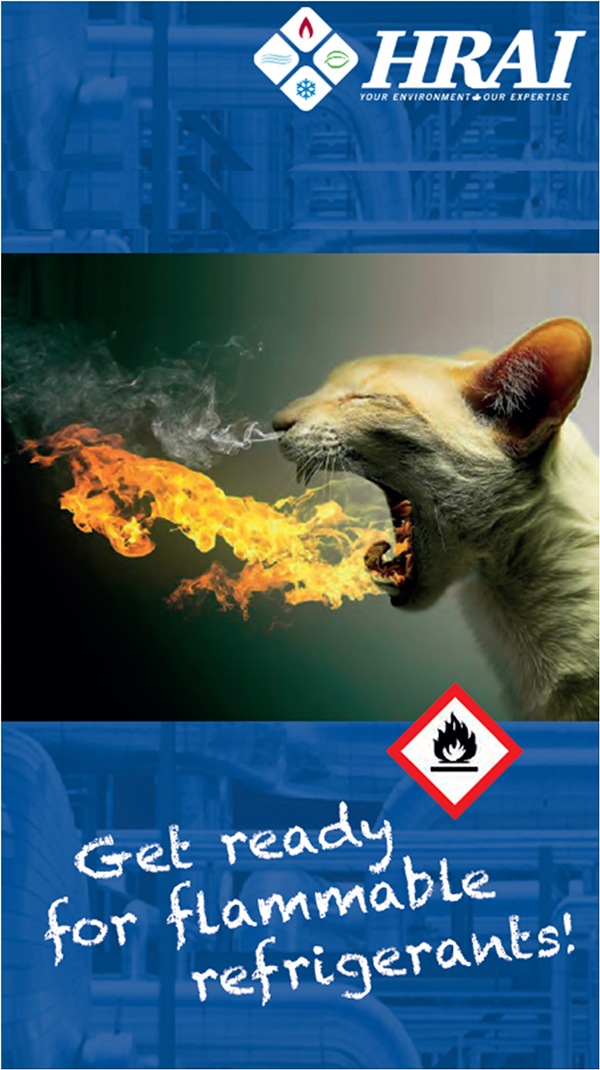 The HVAC/R industry recognizes all of the challenges associated with transitioning to low-GWP refrigerants. As a response, AHRI, the industry’s main trade group in the U.S., has assembled the Safe Refrigerant Transition Task Force to plan an orderly transition. Under the task force are a number of working groups developing plans for operations and maintenance, codes and standards, storage, transport, recovery, communications and safety.

It’s impossible to know exactly which low-GWP refrigerants will replace the existing HFCs in every application in North America because equipment standards are only now being completed and manufacturers have yet to qualify new equipment. But it is possible to understand which low-GWP refrigerants are likely to replace existing HFCs in some applications based on global experience:

John Sheff is the director of public and industry affairs for Danfoss and Dean Groff is the regional marketing manager for Danfoss.