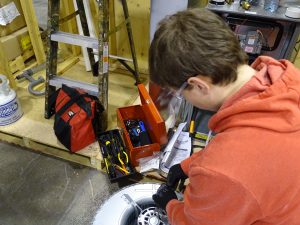 BuildForce anticipates that refrigeration and air conditioning mechanics meeting employer qualifications will not available by 2027 in British Columbia.

Over 250,000 construction workers are expected to retire this decade, according to the latest labour market forecast from BuildForce Canada.

“Despite slower employment growth in most provinces, recruitment pressures will intensify,” said Bill Ferreira, executive director of BuildForce Canada. “Simply put, the industry must remain focused on recruitment, training, and mentoring efforts to prevent a potential skills and capacity gap over the next 10 years.”

The organization expects 22,000 workers to be added by the end of the decade as a result of non-residential job growth and small declines in residential construction.

In the territories, demand for boilermakers, steamfitters, pipefitters and sprinkler system installers is expected to grow between 2021 and 2027. Demand for trades’ helpers and labourers will also increase in that time.

Non-residential boilermakers will continue to be in limited supply for Quebec, North and Southwestern Ontario, Newfoundland and Labrador, New Brunswick, Manitoba, Alberta and British Columbia.

Non-residential demand for plumbers and refrigeration and air conditioning mechanics will also be not available by 2027 in Newfoundland and Labrador.

The organization expects major public transportation and other infrastructure projects to drive employment opportunities across most provinces, boosted by federal and provincial investments.

Maintenance work (heavy industrial and non-residential buildings) is on a steady but moderate increase this decade, according to BuildForce, with higher demands expected this year in Alberta and New Brunswick. www.constructionforecasts.ca