Saniflo Canada donated not only the Sanicompact toilet, but also funded the installation, hiring Able Plumbing and Heating. 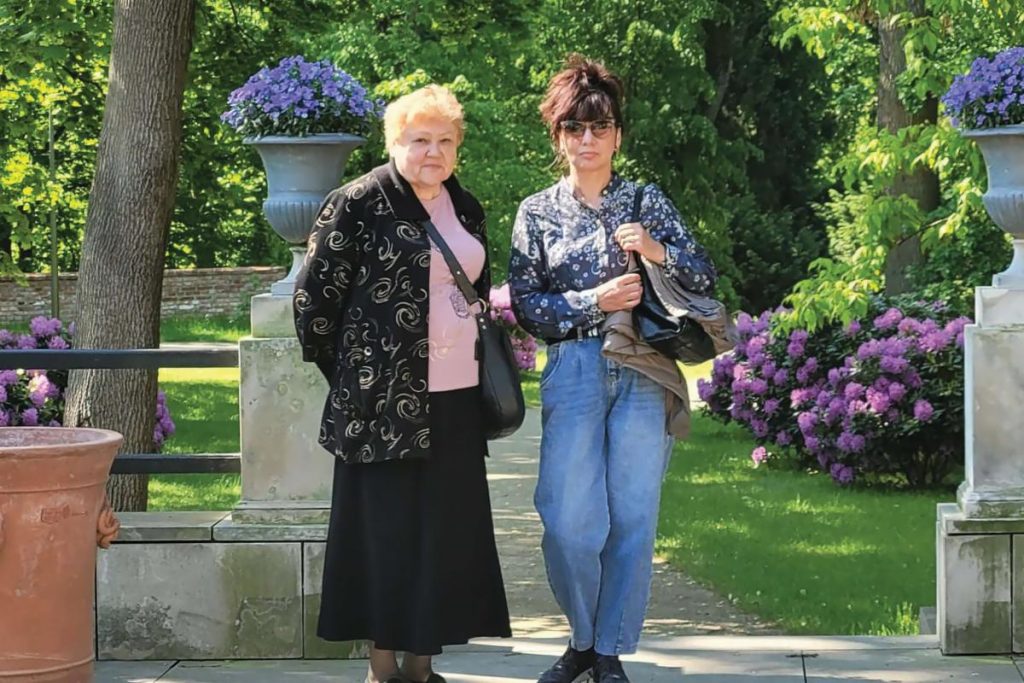 As Saskatchewan residents Jeff and Yana Zhdanova watched Russia attack Ukraine, they knew getting Yana’s Ukrainian family to safety in Canada was a top priority. Jeff’s wife Yana was born and raised in Sumy, a Ukrainian town located 30 kilometers south of the Russian border that was under attack.

“The blast that killed 20 people was only a four-minute walk from my father-in-law’s house,” said Jeff Zhdanova. “The blast itself blew out the windows in their house, with bomb parts landing in their back yard.”

Yana’s mother, father and grandmother fled Sumy to Cherkasy, Ukraine. However, the stress of the trip proved too much for Yana’s father, who passed away only two weeks later. With the war raging on, Yana’s mother and grandmother chose to leave Cherkasy for Poland. Eventually, Yana decided to fly there as well to bring them to her home in Canada.

Meanwhile, Jeff knew time was of the essence, and funds were limited as he made preparations in their home in Estlin, Saskatchewan to accommodate his wife’s family. Currently renting a ranch home on an acreage with one bathroom, the basement allowed for enough space for an additional bathroom.

After receiving word of the Zhdanova’s situation, Saniflo Canada donated not only the Sanicompact toilet, but also funded the installation, hiring Able Plumbing & Heating in Regina to complete the installation of the one-piece toilet-system.

“We decided to offer support in any capacity we could,” explains Phil Warren, Managing Director for Saniflo Canada. “It’s of the utmost importance to Saniflo that we give back to our communities, especially during this war so that Ukraine and Canada can continue to build trust.”