Sons of Napoleon founders take the reins as co-CEOs 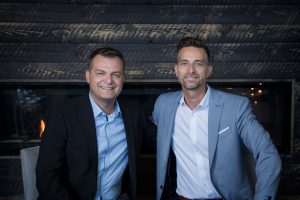 Christopher and Stephen Schroeter will take over the family business at Napoleon as co-CEOs.

The newly-appointed duo are the sons of Napoleon co-founders Wolfgang Schroeter, CEO, and Ingrid Schroeter, CFO.

“This is an exciting milestone in our succession plan with a focus on the future, helping strengthen Napoleon’s long-term strategic goals,” Wolfgang said.

The founders plan to remain active in the company on “special projects” and through the company’s advisory board. As co-CEOs, the sons will work with the company’s president, Ron McArthur. www.napoleon.com