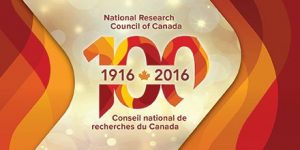 NRC identified the exact shade of red from 500,000 choices, marking the first time that international colour standards were applied to a national emblem.

The National Research Council of Canada (NRC) celebrated a century of innovation on June 6.

“The National Research Council began on June 6, 1916, as a modest committee of university and industry leaders intent on mobilizing science and technology in the national interest,” said Tom Jenkins, chairperson of the NRC Council. “Today, the NRC is a world leader among research and technology organizations and that initial vision has paid off remarkably.”

For the occasion, the National Research Council is 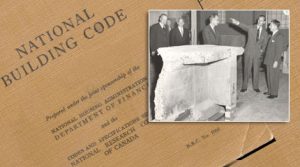 NRC published the first National Building Code in 1941. It was adopted by the various provinces and municipalities over the next two decades.

donating the historic first colour-standardized Canadian national flag to the Canada Science and Technology Museum. Tasked 50 years ago with creating a flag that maintains colour consistency through wear and tear, NRC researchers selected the iconic red that became the standard for all Canadian flags.

“The National Research Council’s success has come from its capacity to adapt in a constantly changing environment. NRC has a proud history of accomplishments thanks to our past and present employees, and our many partners over the years. 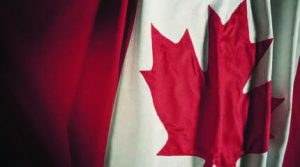 NRC identified the exact shade of red from 500,000 choices, marking the first time that international colour standards were applied to a national emblem.

The flag is a symbol of those accomplishments,” said Maria Aubrey, acting president of the National Research Council of Canada. “We look forward to a new century of ground-breaking innovations.”

The historic flag will be exhibited at the Museum when it reopens in fall 2017, as Canada celebrates 150 years as a nation.