An act to introduce a prompt payment system for Ontario contractors passed unanimously at Queen’s Park on December 5, 2017. 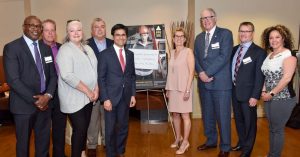 PPO hopes the bill will serve as a guide for other Canadian provinces to enact similar legislation.

The Construction Lien Amendment, or Bill 142, will bring added adjudication measures to reduce payment delays for more than 400,000 contractors throughout the province.

“This legislation could not have been introduced at a better time, as higher interest rates will make delayed payment unbearable. We hope that this ground-breaking piece of legislation will set the stage for change across the country.” said Ron Johnson, director of PPO.

Delays in payment have been identified as the most significant barrier to investment, improved productivity and increased employment in the industry.

The bill, which was introduced last spring, is the first of its kind in Canada. It promises to improve efficiency and competitiveness of the construction industry. Changes also aim to protect creditors and improve financial security for contractors.

A new adjudication process intends to resolve payment disputes faster. Under the act, contractors will have 150 days to file liens – previously 90 days. Liens under $25,000 will be referred to small claims court.

Condominium owners will be allowed to remove liens from common elements of units, such as corridors and lobbies. Under the bill, holdback funds must be paid as soon as the deadline to file a lien passes, and surety bonding on public sector projects above a certain amount will be required.

“We would like to thank the government for taking this issue seriously and hope that we will see the immediate proclamation of this important piece of legislation,” said Johnson.

The province will first implement changes to the lien and holdback process, followed by prompt payment rules and the adjudication process. www.ontariopromptpayment.com