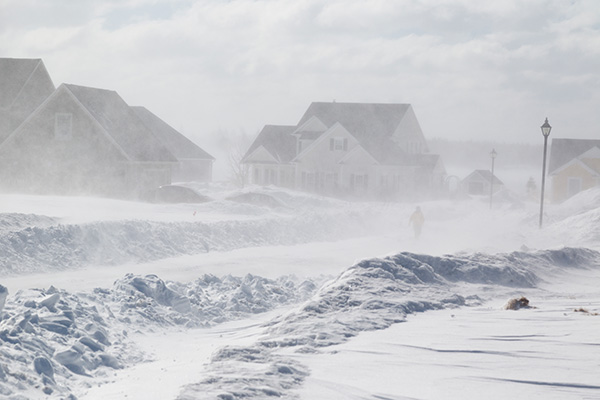 Certainly all of us have been truly disappointed by something or other at least once in our lives. Perhaps your new service vehicle spends more time in the shop than on the road or you are working for a seemingly great new service company only to find out the “every other weekend off” policy is just so many words.

Disappointments, say psychologists, life coaches and inspirational thinkers “are not meant to destroy you; they are meant to strengthen you.” So it was with me and air source heat pumps (ASHP).

I was over-the-top about ASHPs: “Hey, three watts of heat out for every one watt of electricity in!”

What happened to dissolve my original enthusiasm; why did I begin to feel so fundamentally disappointed by heat pumps?

Starting in the mid 1980s, a partner and I formed a contracting business and our little company seemingly existed to sell only ASHP.

We aligned ourselves with a premium brand, took numerous technical and sales-related courses and never missed an opportunity to sell a heat pump.

Such opportunities, as it turned out, were few and far between. 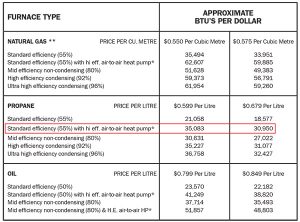 Sales information floating around at the time made some, what I categorize as, “far reaching” claims. Figure 1 seems to indicate adding-on a heat pump to a 55 % AFUE furnace burning liquid propane (LP) might be a wise choice. Yikes!

There are rules to be followed and techniques to be learned and utilized properly in the field.

Bin weather data compiled by Lennox for U.S. cities and some selected Canadian cities provided more convincing data that an ASHP could work in our cold climate.

The Lennox table provided an average number of hours each city might experience in a certain temperature range. For example, bin data indicated average Toronto temperatures could be in the 25F (-3.8C) to 60F (15.5C) range for 4,691 hours–a good chunk of the winter.

This is prime ASHP weather, as any properly designed and installed ASHP can easily have a balance point at or even below 25F (-3.8C).

These are not load hours, but simply hours of heating opportunity for an ASHP unit.

Montreal’s bin data allowed for 4,307 hours between those temperatures. Indeed, ASHPs installed in Quebec with matching electric indoor sections or added on to oil furnaces were encouraged by government financial incentives for many years.

A federal government incentive program aimed at encouraging homeowners to move away from oil-fired heating systems seemed like the perfect opportunity to get more ASHPs into the field. However, in major cities, natural gas became the fuel of choice.

When an opportunity to sell a heat pump did present itself, too many clients balked at the price. Some said things such as, “The quotes I got from other contractors are cheaper, and none of them recommended any duct renovation,” as if we were trying to sell unnecessary work.

Selling heat pumps was not working for us, and when I look back on it, perhaps this disappointment was a blessing in disguise.

The manufacturer had been in the midst of developing a “northern” air source heat pump that included some revolutionary new technology; however, the unit had a nasty habit of pumping down during defrost.

Rather annoyingly, if the unit had been operating above balance point at the time of compressor lock-out, auxiliary heat did not take over automatically.

Frustrated homeowners would have to switch to “emergency heat” allowing furnace-only operation for the duration. Ultimately, with no solution to the pump down problem, and no factory support, these disappointments dampened my spirit.

I never again installed another ASHP in a consumer’s home.

Notwithstanding my lack of sales success with ASHPs, some units installed by other mechanical contractors did work well when all the rules (including maintenance) were followed.

I serviced ASHP equipment with 25 years or more of service that unequivocally saved many Btus for satisfied homeowners.

Why didn’t the majority of contemporaneously installed ASHPs provide such value and comfort? Problematic installations typically have the same cast of usual characters: manufacturers, contractors (I made some mistakes too) and homeowners are all worthy of some blame.

MANUFACTURERS, WHAT WERE YOU THINKING?

There is no doubt that conventional ASHP equipment works perfectly well in less severe winter climates.

Although Region V (most of Canada) provides many opportune heating hours for an ASHP, complicating factors such as heavy snowfall, frequent defrost periods and low temperature rise were never adequately addressed until very recently.

CONTRACTORS: TOO MANY MISTAKES

I said I had encountered some early-day ASHP installations that worked well providing a level of satisfaction for the end-user. But as a technician and service rep I attempted to correct far too many installed systems that simply existed outside of any governable rules:

I have darkened the doors of heat pump disappointment city, a bleak place for a normally cheery fellow. Its streets were littered with ASHP marketing propaganda, unread instruction manuals, incomplete commissioning reports and unhappy customer letters. Yet my devotion to heat pumps has not been dashed.

I am strengthened by the recent introduction of fantastic new technology:

Perhaps I am, once again, over the top with enthusiasm for heat pumps, I am certainly spreading my good news in what one might take be an exercise in propagandistic cheerleading.

However, I am convinced that ASHPs are now the most cost effective way to provide not only reliable operation but comfortable HVAC to the greatest number of residential households. Yes, there are still rules to be followed, techniques to be learned and utilized properly in the field; maintenance-free is still a hollow slogan. <>