Refrigerant Leaks – What Are You Prepared To Do? 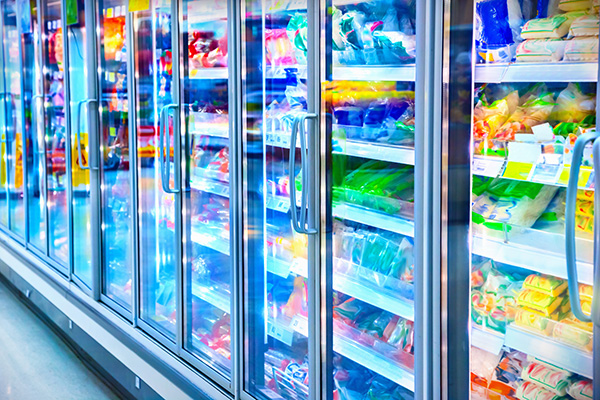 Refrigerant has become a rather expensive asset—one which should be protected. And data suggests the typical supermarket can expect to lose between 5% to 20% of its refrigerant charge annually.

Of course, there are many factors which will determine the amount of refrigerant charge lost in a given store: age, quality of the installation, whether the store has a PM (preventative maintenance) program, whether part of that PM program includes periodic leak checks, and when a leak is discovered does the technician continue to check the remainder of the system.

It should be clarified that those supermarkets at the lower 5% annual leak rate recognize the importance of that asset, and strive to protect it.

As stewards of this great world, equipment owners should be mindful of keeping refrigerant leaks to an absolute minimum. And from a financial standpoint, when refrigerant was less than $1/lb. there probably wasn’t quite the motivation, but given the increasing cost of refrigerants, this should be a great incentive to minimize leaks.

For example: a large supermarket with multi-compressor systems might contain as much as 4,000 lbs of refrigerant. Losing 20% equates to 800 lbs. If this happens to be an older store still using R-22, the replacement expense could be in the range of $40,000.

Add the labour and materials to repair the leak, and you’ve got a very large expense. With the slim margin made on groceries, a supermarket would need to sell a lot make that up.

The sad fact is that supermarkets can reduce their annual refrigerant leak rates, but don’t.

There’s no question that all mechanical systems are subject to failure the older they become. Below are a few ways older systems can develop a leak:

A monthly, quarterly, or bi-yearly PM program can go a long way to alleviating leaks. Many of the tasks performed during the PM, such as monitoring system operation, measuring system temperatures and pressures, checking control operation, cleaning condenser and evaporator coils, checking the condition of fan belts, contactors, and electrical connections are designed to keep the system operating at peak condition and reducing the probability of equipment failure.

Visual inspection is a valuable component of the PM, and has the potential to eliminate many causes of leaks.

Several years ago I was asked to visit a few “trouble” jobsites at a major supermarket chain where the alleged trouble was leaking gaskets on control valves. As it was reported, these leaks were amounting to refrigerant losses in the hundreds of pounds per month and at multiple store locations.

I arrived at one of the stores in question, and met up with the technician. After briefly discussing the leak issues, he got his gear out and we went to work—right to the alleged leaking valve. 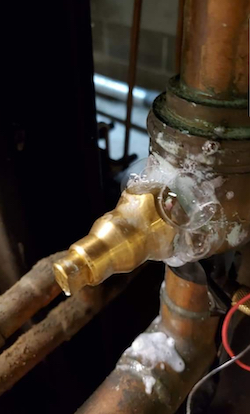 Within a matter of moments, the detector was making its alarming sound. I prefer a multifaceted approach to detecting leaks. Electronic detectors are great for pinpointing the area, and then verify those leaks with soap bubbles. This alleged several hundred lbs/month leaking valve generated about 1 bubble the size of a pin head approximately every minute.

This was definitely a false alarm. Even so, we replaced the gasket.

Now, why do I say false alarm? For perspective, with a leak rate of 0.5 oz/year it would take over three years to leak one pound of refrigerant. While today’s leak detectors can locate those miniscule leaks, they likely aren’t responsible for large repetitive refrigerant loss issues. Not to say that they shouldn’t be repaired, and smaller leaks can always become larger leaks, but this valve was clearly not the smoking gun we were looking for.

I asked the technician if he had leak checked the remainder of the system. He boldly proclaimed “No, I found my leak, so there was no need to continue leak checking.”

I then had the delicate task of telling the technician that he hadn’t properly done his job. Unless one is willing to perform a 100% complete leak check on the system, including the entire machine room, high side, low side, and all accessible piping he’s wasting his time, and doing a disservice to his customer.

Not only that, it can put a stain on the contractor’s reputation. How does he explain the charges for repairing a leak, and then come back the next week to add more refrigerant?

The fact is, leak detection on a large system is time consuming, and it’s horrendously boring. But it has to be done without losing determination or focus.

I politely asked the technician to indulge me, and leak check the remainder of the system. I left and let the technician do his job. I called the next day to learn what he had found. A bit sheepishly, he reported the following:

The grocery chain in question used the results of this experience to change their policy regarding leak detection. Their in-house technicians, along with outside contractors, were instructed that when a system was determined to be low on refrigerant charge, that the entire system must be fully and completely leak checked.

Now, what exactly is entailed in “fully and completely leak checking” a supermarket refrigeration system?

Interesting side note: one supermarket chain I visited surveyed where they experienced leaks in their stores. After tabulating data for over a year, they found the most common culprits were loose/missing Schrader valve caps and loose/missing TEV adjustment caps—all easily preventable.

Another chain I worked with, which had in-house service technicians, decided to implement a quarterly leak inspection in each store, and after a year they reduced their refrigerant consumption by a whopping 75%.

A final thought: we all know refrigerant leaks are expensive, and we all know refrigerant prices will continue to rise, and we are all aware of the environmental concerns regarding refrigerant leaks. And, finally, it has been proven that a PM program will result in drastically reducing refrigerant leaks. So, I ask this question, the same question asked by Sean Connery’s character Malone in the movie “The Untouchables” as he is dying after receiving multiple gunshot wounds from a tommy gun—he says to Elliot Ness (in reference to bringing Al Capone to justice), “What are you prepared to do?” <>