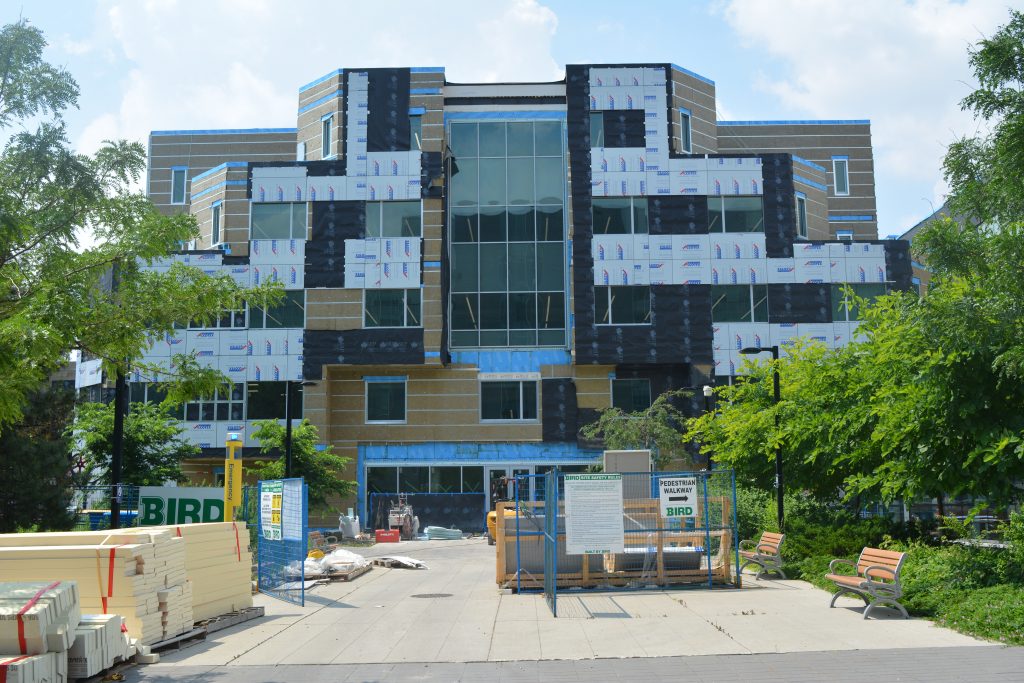 The exterior of the building, currently under construction.

The green overhaul of a 30-year old structure on Humber College’s North Campus has earned the institution a zero carbon design certification from the Canada Green Building Council, making it the first retrofit project to secure the designation.

Renovations to the 48,269 sq. ft., five-storey Building NX – led by B+H Architects and Bird Construction – included a building envelope retrofit and energy-efficient upgrades to the heating and cooling systems.

Toronto-based firm Morrison Hershfield is acting as the sustainability consultant and electrical, mechanical and structural engineer for the project. RDH Building Science is the energy engineer.

“One of the biggest challenges to reducing greenhouse gas emissions in Canada is finding ways to heat buildings at a reasonable cost without burning fossil fuels. Humber wanted to be an example to the Canadian design and construction industries on how a deep energy retrofit can contribute positively to our country’s climate,” said Spencer Wood, Humber’s director of facilities management. 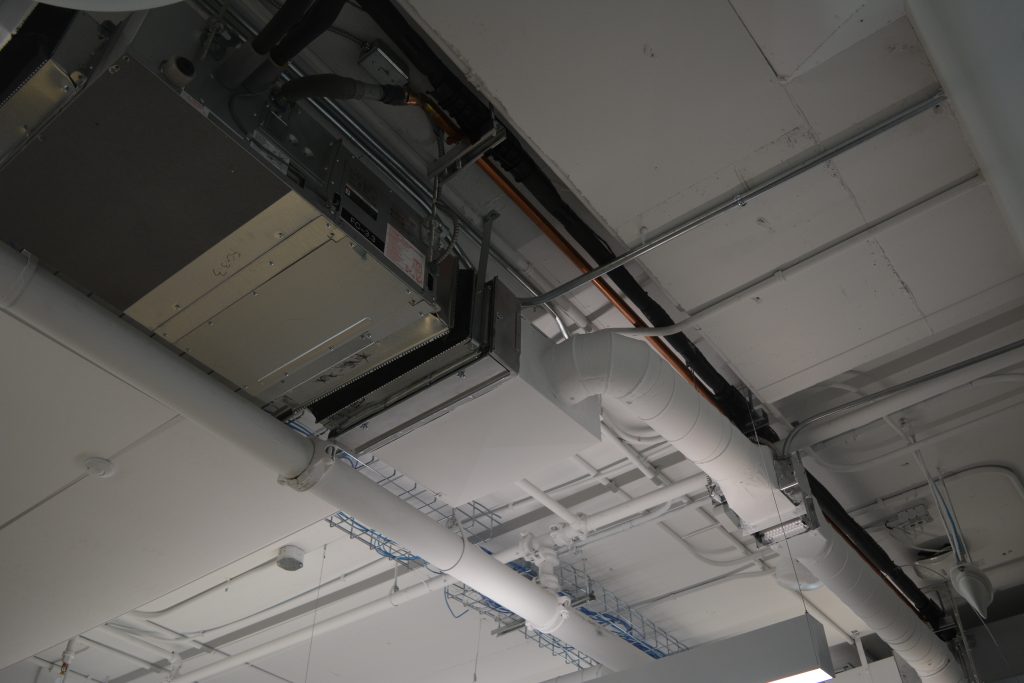 The building will use an air-source Variable Refrigerant Flow-Heat recovery system (VRF), which recovers and transfers heat between zones but exchanges heat with ambient air instead of the plant’s water loop.

To keep the temperature consistent across the building, two new air-cooled VRF heat pumps were installed on the fifth floor, and fan-coil units were installed for each thermal zone. Given the north entrance tended to be colder in the winter months, an electric radiant flooring system was installed as well, according to the college.

Other upgrades to the structure include a new building envelope featuring ultra-high-performance skin and engineered transitions, designed to provide air control and mitigate thermal bridging. In addition, new windows were installed for better energy efficiency.

The project is expected to in the fall, just over a year after work got underway. It’s part of Humber’s 20-year plan to reduce energy and water consumption and greenhouse gas emissions.

The college expects the NX building will produce 70 per cent less energy than before. www.humber.ca