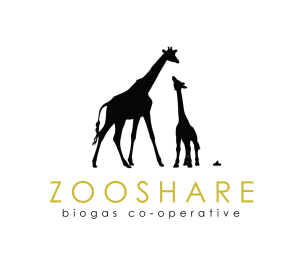 Renewable energy co-operative is made up of over 500 members.

ZooShare Biogas Co-operative Inc., a non-profit renewable energy co-op with over 500 members, is building the first zoo-based biogas plant in North America. The 500 kW facility, which is located near the Toronto Zoo, will recycle 3,000 tonnes of manure from zoo animals and 14,000 tonnes of local food waste from grocery stores into renewable power for the Ontario grid. Construction is set to begin in June 2016.

“The Toronto Zoo is thrilled to be part of a project that is so highly aligned with our sustainability initiatives and commitments to energy efficient operations,” said John Tracogna, CEO of the Toronto Zoo. “ZooShare, once operational, will have the ability to reduce greenhouse emissions by the equivalent of 10,000 tonnes of CO2 each year, and will turn what was previously a cost to the Zoo into a new source of revenue.”

With support from education sponsor Bullfrog power, ZooShare is also embarking on an educational campaign to raise awareness of biogas and to highlight the significant environmental benefits of biogas technology. An in-class workshop, co-designed and delivered by TREC Education, is being offered to grade seven students around the Greater Toronto Area, and ZooShare will give regular tours of the biogas plant once it is operational.

Ontario currently has a young biogas industry, however it is expected to play a more significant role to meet Ontario’s climate change objectives in the future. The ZooShare plant is expected to be up and running by December 2016.