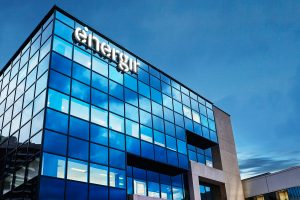 Energir, headquartered in Montreal, QC, invests both locally and in the U.S., where over half of its assets are located.

Gaz Metro has rebranded as Energir to align with its investment in new and renewable energy.

Nearly 45 per cent of Energir’s current assets are in electricity production and distribution, as well as non-gas energy services.

In Quebec, Energir co-owns one of the largest group of wind farms in Canada, according to the company.

“There’s no single solution to decarbonize the economy,” said president and CEO of Energir, Sophie Brochu. “We need to increase our collective energy efficiency efforts, to further incorporate renewable energies and use cleaner energies, including natural gas as a replacement for coal and petroleum products.”

Energir states that it is the primary distributor of natural gas in Quebec and Vermont.