Symposium addresses the transition to a low carbon economy

Industry partners met on April 23 to address the issue at the Heating, Refrigeration and Air Conditioning Institute symposium

The transition to a low carbon economy presents opportunities and challenges for the HVAC/R industry. Industry partners met on April 23, 2019 to address the issue at the Heating, Refrigeration and Air Conditioning (HRAI) symposium.

Designed for HVAC/R industry stakeholders, the symposium included presentations along with networking opportunities. Attendees also got a first hand look at the mechanical system at the award-winning, Net-Zero Joyce Centre for Partnership and Innovation building at Mohawk College in Hamilton, ON, where the event was held.

CITIES AT THE CENTRE 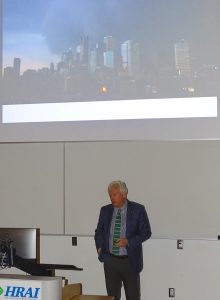 David Miller, North American director of the C40 Cities Climate Leadership Group, opened the event with a keynote discussing urban challenges and solutions. He noted that the role of “city governments is extremely important from a climate change point of view.

“National governments are not moving quickly enough,” Miller said. He went on to say that cities feel the impact of climate change first. Global cities are showing leadership and “are taking real action,” Miller noted.

His own experience as a former mayor of Toronto substantiates that belief. “In 2007 Toronto adopted a plan – Change is in the Air – the vote was unanimous,” Miller recalled. “Five years later, greenhouse gas emissions were down by 15 per cent. Today Toronto is 33 per cent down over 1999 levels.”

He went on to say “the biggest challenge to me is existing buildings. How do we ensure those buildings become energy efficient? They are the majority for the next 30 years.”

Miller questioned why federal codes aren’t “top notch.” Despite the fact, “they are only advisory. Why not show provinces and municipalities what they can reach for?” Miller suggested. 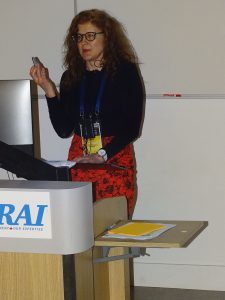 Joyce Henry, director general at OEE, discussed a number of federal initiatives including the Canada Training Benefit, which is a necessity in this market. “In a changing economy we need to assure opportunities for workers,” Henry said.

Joyce Henry, director general at the NRCan Office of Energy Efficiency (OEE), and Jamie Hulan, director of equipment, OEE, provided a federal perspective with their presentation titled “Laying the foundation for a low carbon economy through energy efficiency policy.”

Hulan referenced the document, Paving the Road to 2030 and Beyond: Market transformation road map for energy efficient equipment in the building sector, and discussed the difference between market transformation (MT) goals and regulatory initiatives, with the MT being aspirational.

The road map serves as a basis for collaborative government-stakeholder activities between now and 2025. Hulan explained that governments are focusing efforts on market transformation for residential windows, space heating and water heating since they offer significant opportunities to reduce energy use, over 35 per cent according to the road map, when next generation technologies are installed.

To Miller’s point regarding existing buildings, Henry reported there will be a code for existing buildings, which will be a first. This is part of code development resulting from the Net-Zero Energy Ready (NZER) project of the National Research Council’s Construction Research Centre (CRC). The goal is to help Canada meet its commitment to cut its greenhouse gas emissions by 30 per cent (below 2005 levels) by 2030. The NZER project supports updates to building codes to improve the energy efficiency of buildings.

Research-based evidence supports the Canadian Commission on Building and Fire Codes (CCBFC) in deciding which code changes will facilitate the adoption of NZER model codes.

As more stringent energy efficiency code requirements are developed through the CCBFC’s code development process, provinces and territories will be encouraged to adopt NZER codes for new construction and improve the energy efficiency of existing housing and buildings by 2030. “A code will be out to support that [Net Zero] by 2022,” Henry said. 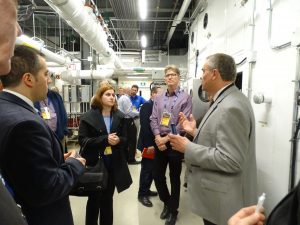 Net Zero was the target for the Joyce Centre. In his presentation prior to the tour, Tony Cupido, research chair sustainability with Mohawk College, said “we asked for a proposal that addressed the Net Zero target during the tender process.”

Cupido advised attendees not to accept the “cost” argument when speaking with clients about Net Zero.

“Cost should not be a barrier to Net Zero new builds,” Cupido said. “We were under $500 per square foot and within the normal range for institutional… in the sweet spot for institutional buildings.” 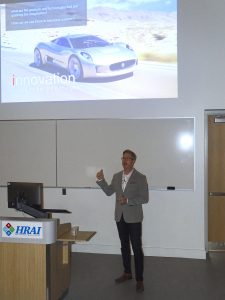 Speaker Andrew Bowerbank of WSP Global worked on the Joyce centre when he was with EllisDon. “Lesson learned,” said Bowerbank. “To actually build Net Zero is not an easy process, the trades don’t know what Net Zero is.”

The building, which opened in September 2018, boasts elements one would expect to see in a Net Zero facility, including solar thermal, solar PV, geo exchange variable flow heat pumps, slinky (for rapid dissipation of heat) and vertical boreholes (28), and rainwater harvesting.

“The only gas-fired piece of equipment is the generator,” Cupido said.

The building is performing beyond expectations. “Consumption is less than predicted, so net positive,” he reported. He also noted achieving that required occupant education and cooperation. “Staff, faculty, students needed a cultural change,” Cupido said.

Deelectrification, system efficiency, and an uptake in controls and connected equipment are trends observed by Alice Rosenberg, senior program manager at the Consortium for Energy Efficiency. She discussed the evolving dynamics and objectives of the “energy efficiency program landscape.” 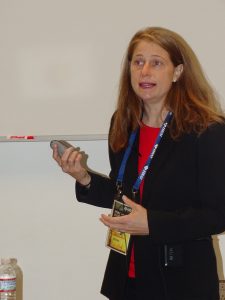 Alice Rosenberg is the senior program manager with the Consortium for Energy Efficiency.

“There is a trend to whole house for rebates and incentives,” Rosenberg said. On the commercial side she noted organizational drivers are similar with the focus moving “away from incremental efficiencies to system efficiency.”

On the product side, there is “a lot of interest in controls, equipment monitoring,” according to Rosenberg.

Rosenberg went on to discuss integrated demand side management, the role of utilities, EM&V players and the growing number of industry players, but concluded that “HVAC is the largest area for opportunities.” In her closing remarks she stressed the importance of working together.

Steve MacDonald of Efficiency Nova Scotia said there has been a shift in customer interest in he last few years. “Customers are more interested in comfort. We provide advice, helping them to make an energy efficient choice,” MacDonald said.

Henry agreed, saying “non-energy benefits are really starting to resonate with consumers.” There is a move toward choosing comfort over cost or environment in a much more sophisticated world. Other factors have come into play. Customers have a “different lens to look through: energy security, health and safety of their children and productivity,” Henry said.

“We as humans are spending dollars on more than we need if there is perceived value,” Diamond said.

MacDonald told the audience that industry organizations and service providers have to “drive the demand” and he suggested they be proactive and reach out to politicians. “Establish relationships with all levels of government,” MacDonald said.

Considering the mechanical industry employs 50,000 people and accounts for $7 billion, the industry influence on consumer demand and government policy should be substantial.

Several of the speaker presentations are available at www.hrai.ca/symposium.

Read about the Joyce Centre for Partnershiop and Innovation at https://mccallumsather.com/projects/joyce-centre-partnership-innovation/ .