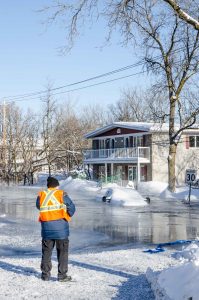 British Columbia and Nova Scotia homeowners can now be insured for storm surge damage under The Co-operators Group, a national insurance co-operative.

The water damage coverage is intended to protect homeowners against common causes of water damage, including: overflowing lakes, rivers and creeks, sewer or septic backup, heavy rain and storm surge.

“The insurance industry has a critical role to play in building resilience in Canadian communities and addressing major risks like flooding,” said Paul Kovacs, executive director at Institute for Catastrophic Loss Reduction.

The flood risk model used by The Co-operators incorporates data on elevation, soil, rainfall, river flow, government-controlled defences such as dams and channels, and other factors that help predict areas at risk of flooding.

Read more on the impact of water damage in Ian McTeer’s “Water, water, everywhere,” online and in the digital issue of HPAC December 2017. www.cooperators.ca