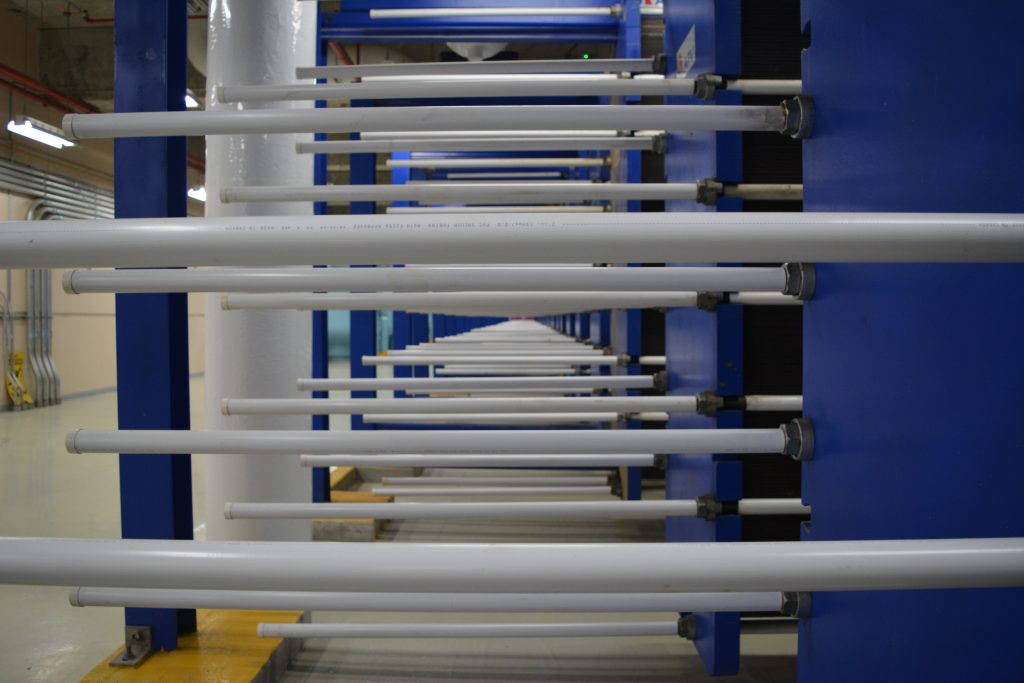 On the bed of Lake Ontario, high-density polyethylene pipes collect near-freezing water used to cool a cohort of buildings in downtown Toronto.

The deep lake water cooling system (DLWC), operated by Enwave Energy Corporation, is about to undergo a $100-million expansion.

The district energy provider received $10 million in federal funding to increase the capacity of the DLWC to serve an additional two million square metres of floor space–the equivalent of 40 to 50 buildings.

Active for more than a decade, the system is the largest of its kind in the world and continues to earn plaudits from the mechanical industry for its sustainability.

The tour took attendees through a maze of massive pipes and capped off with a presentation on the history of the system.

The set of three-pipes–each five-kilometres in length–draw in the dense, cold water that sits 83 metres below the surface of the lake. That water then travels to a filtration plant on Toronto Island where it is treated and filtered as drinking water.

It then travels to the Energy Transfer Station on John Street, where 36 heat exchangers capture the energy from the cold lake water and transfer it into a closed circuit. The water used in this process then becomes part of the city’s potable water system. 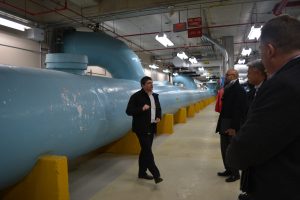 Sotirov touring IPVF and CWSC members around the station

Established in 2001, the IPVF council of CIPH aims to raise awareness of and support the PVF sector by addressing key issues and acting as a liaison with organizations and associations. CWSC, formerly the Canadian Association of Pump Manufacturers, aims to promote and support the Canadian water systems industry. www.ciph.com www.enwave.com