Hot tubs and swim spas recalled in Canada and U.S. 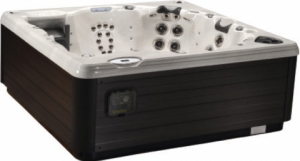 About 630 of the hot tubs and swim spas with the faulty generator were sold in Canada.

Maax Spas hot tubs and swim spas containing a Delta UV generator were recalled due to a fire hazard.

The generator, used to sanitize water and plumbing inside the hot tub or swim spa, can ignite while in use. Its model number is EA-4H-5.

Consumers can contact a Maax Spas’ dealer for a free repair, reported the United States Consumer Product Safety Commission (CSPC). The recall was run in conjunction with Health Canada.

Maax Spas has received six reports of generators in the affected hot tubs and swim spas igniting and causing damage to the generators and surrounding hot tub or swim spa components. www.cpsc.gov   www.maaxcollectionhottubs.com