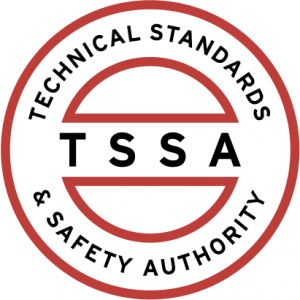 The Technical Standards and Safety Authority (TSSA) is accepting nominations for its second annual Safety Awards. The awards program celebrates individuals and organizations that have made a significant contribution to public safety in Ontario in TSSA’s regulated sectors:, including fuels; boilers and pressure vessels, and operating engineers.

John Gignac, founder and executive director of the Hawkins-Gignac Foundation was one of four recipients of an inaugural TSSA award in 2015. His tireless advocacy resulted in the passing of the Hawkins-Gignac Act mandating CO alarms in all Ontario homes. The retired Brantford Fire captain was recently named to the Order of Ontario.

Nominations of individuals and organizations working in TSSA’s regulated sectors will be accepted until June 1 for this year’s awards to be held September 27 in Toronto, ON.

In other TSSA news, the organization announced in February that its head office, located at 3300 Bloor St. West, Toronto, ON, will be relocating to 345 Carlingview Dr., Toronto, ON. The permanent move will take place during the month of June.