Founder of REHAU dies at 95

Helmut Wagner founded the company in the city of Rehau, Germany in 1948. 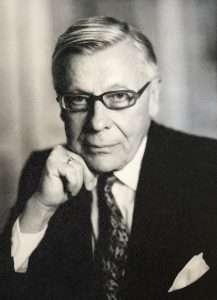 REHAU, well recognized for its technologies used in the mechanical and plumbing industries, is mourning the loss of company founder and honorary president Helmut Wagner who passed away in January at the age of 95 in Switzerland surrounded by his family.

Wagner founded the company in the city of Rehau, Upper Franconia, Germany, in 1948. After 50-plus years of leading the business he handed over the management of the corporation to his sons in 2000. The third generation is now also active in shaping the family business.

“The great sympathy for the passing of our father comes from many regions of the world. We are very touched by this as a family,” said Jobst Wagner, son and president of the REHAU supervisory board, in a company release. “It shows the great the legacy that Helmut Wagner has left behind as one of the pioneers of modern industry, a courageous creator and unwavering visionary.”

In 2015, Rehau city council paid a special tribute to the founder of REHAU: Helmut Wagner was appointed the first honorary citizen since the end of the Second World War.