Former Olympian, Cheryl Pounder, shared lessons on personal growth, leadership and teamwork for success on the ice and in business. 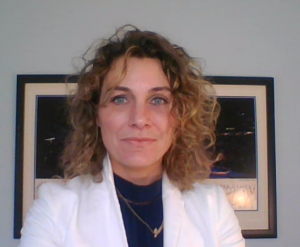 Lessons in leadership and achieving team goals were delivered with finesse and impact by former Olympian, Cheryl Pounder, during an hour-long webinar hosted by the Ontario region of the Canadian Institute of Plumbing and Heating (CIPH) on Thursday, January 21.

Sharing her journey from an aspirational eight-year-old to an enlightened veteran of Canadian women’s hockey, Pounder selected key inflection points in her career to demonstrate common traits in leadership and positive outcomes.

Achieving success on a person level requires finding your passions and having a “greater” vision, seeing beyond the now, noted Pounder. But it also requires the right encouragement. “It takes just one action, and that can have a profound impact.”

After seeing the winter Olympics on TV as a child she set her goal, and inspiration from her grandmother led to her ultimate journey.

She learned that team success requires honesty, authenticity and true collaboration. One key lesson she learned as junior—when asked to move from a forward to defense—was the necessity of buying into the team philosophy. She was asked, “Will you participate or will you engage in your role?” She had to think not only of herself, but how to engage so both she and the team could reach their goals.

Recognizing and appreciating the role of leadership was realized when players of great character helped her along, mentoring and leading by example.

“There is a human side to performance,” she said, emphasizing the importance of relationships and how the best leaders embrace humanity.

And although everyone encounters negative thoughts and tendencies, through optimism and positivity leaders and teammates create an infectious energy that ultimately drives personal and team performance.

And in a sports or business environment, efficiency is created when teams work together. She noted that the ability to collaborate is needed to be able to grow and adapt in today’s world.

Recalling the toughest training camps of her hockey career, she learned to tackle challenges as a group, not as individuals.

The ability to push through adversity required building trust among the team and channeling positive energy to succeed.

In today’s challenging business climate, during the current pandemic, it can be difficult recognizing opportunity within the adversity. She encourages everyone to think differently.

She learned, “Excellence is abnormal. We must behave abnormally to be excellent.”

As individuals and teams, we need to get outside our comfort zones and keep on a path of continuous growth and learning.

For Pounder, keys to success include getting to know yourself (and being self-aware), being inspired by optimism and understanding the power in leadership.

She encouraged everyone to find a reason to reach out to someone they know, anyone, because sometimes it’s the impact that you’re not aware of that has the most impact.