By managing dual-fuel systems—gas boilers and electric heat pumps—modern controls can help deliver the most cost-efficient and comfortable solutions for your customers. 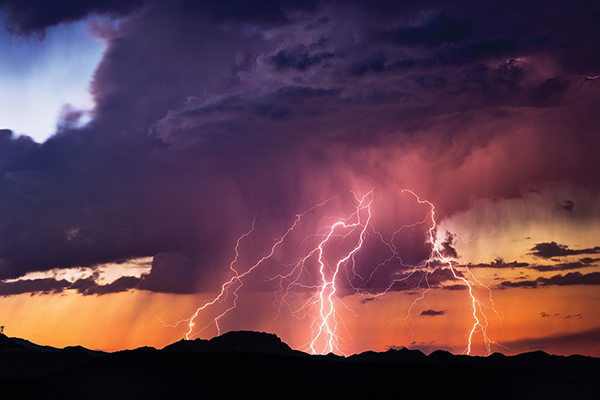 I used to be a huge golfer. Like 36 holes a day in the summer when I was a kid—back when a junior membership was 50 bucks.

Once I was out in Manitoba visiting family and we went golfing—of course.

It was getting dark and a big storm was rolling in fast!

My brother and I were sitting on the back of a golf cart as we were all trying to get somewhere safe. I looked over at him, and we both had very fine, blonde, mullety (that’s a word) hair, and it was standing straight up. Not just a few strands, most of the hair.

The electricity was in the air, literally. We made it to safety without getting hit by lightning, and just in time to miss the golf-ball-size hail that came thundering down.

Electricity is certainly in the air right now in our industry with the term “electrification” being talked about everywhere.

It seems to be the “buzz” word right now. The Wikipedia definition is “the process of powering by electricity and, in many contexts, the introduction of such power by changing over from an earlier power source.”

We see it happening on the roads with the electrification of cars, and in our industry it comes mostly in the form of heat pumps, whether water source or air source. Heat pumps, as you may or may not know, use electricity to compress gas to provide heating and cooling for a building depending on which way the flow goes inside the heat pump.

Heat pumps are becoming more and more efficient as well, with the advent of modulating compressors and better refrigerants. Coefficients of performance (COP’s), the ratio between the amount of thermal energy transferred and the amount of electrical power required, also have the ability to go higher and higher in new systems.

When I first started seeing heat pumps and we began designing the first controls for them was back around 2006. Europe had been using heat pumps for years by that time, so the contractors using them in Canada were mostly from Europe and had previous experience using the technology.

The reasoning for this was that the maximum temperatures the heat pumps could output was around 115F to 120F (46C to 49C). At this temperature the compressor would have to work too hard to produce the pressure needed.

As you well know, in Canada we have some very cold areas and 115-120F supply temperatures will just not cut it, so the gas-fueled boiler system would be there to top up the heat in the winter on the colder days of the year.

The boiler would also need to supplement water-to-water ground-source heat pumps if the ground field became saturated. This means that because the field was undersized (possibly) to save a little money, the efficiency of the system would decrease drastically and the boiler system would have to supplement even more.

This is not always the case anymore with the new heat pumps and their modulating compressors. And new refrigerants are allowing heat pumps to start putting out 130-140F (54-60C), and at these temperatures it is possible to get away without a boiler as a heat backup in some locations.

Now in very cold climate areas they will still use a boiler for supplemental heat, but it may not always be necessary. I would also like to add a caveat to what I am saying: I know you don’t need as high of temperatures when using radiant heating, but we sell hydronic heating to be comfortable, way more comfortable than typical forced air. It’s very hard to ask someone who purchased a hydronic heating system for its comfort to put on a sweater.

Now there is a new “trend” — at least I see it as a trend—and it’s something I quite like as the control technology required is very cool.

We know the efficiency of heat pumps is getting better each day, while boiler efficiency is also reaching near 100%, so the next progression comes in the technology that allows a user to alternate and choose the best between them.

Why would we choose between them you ask? It’s easy! Money.

I know some of you would say it’s “greener” or it’s more environmentally friendly to use electricity, but I would ask where that electricity comes from. Some regions still burn coal and in many areas we’re still burning natural gas at our power plants, and look at Europe and the power crisis it’s experiencing because of gas shortages. Yes, a lot of places have hydroelectric dams, but they still have an environmental impact you can’t ignore. Ok, I digress. I get a little passionate about this topic.

Electricity rates are published, gas rates are published. They do fluctuate if you are not on a fixed rate plan, but the coolest thing is that some of the energy providers are allowing access to an API (basically an interface that allows software developers to link into it) so that a control can access real time information to decide between running a heat pump using the electrical grid or a boiler fed from the gas pipeline.

The control can make decisions based on electrical prices, system efficiency and even system loads.

Some electrical providers put large riders on electricity at certain times of the day when the strain on the grid is already very high. I actually believe this kind of price-per-kilowatt movement during the day will only get worse.

As we bring more and more electric cars on and we plug in four phones and four iPads to charge each night at home the strain can only get worse. So a control that can help out in these situations will become more prevalent.

So the discussion does not have to be heat pumps vs boilers, it should always be about efficiency and comfort.

That is who we are in this industry. We should be about “green”, but also about comfort.

Our customers need it, they demand it.

By combining these technologies and adding some overarching controls to provide the most cost-effective solution in real time, I think we have a win-win.

Electrification is not going away. The momentum is only getting stronger.

I also don’t think that electrification means the demise of boilers. On the contrary, I believe that we may have the best of both worlds moving forward. <>

Curtis Bennett C.E.T is product development manager with HBX Control Systems Inc. in Calgary. He formed HBX Control Systems with Tom Hermann in 2002. Its control systems are designed, engineered and manufactured in Canada to accommodate a range of hydronic heating and cooling needs commonly found in residential, commercial and industrial building design applications.