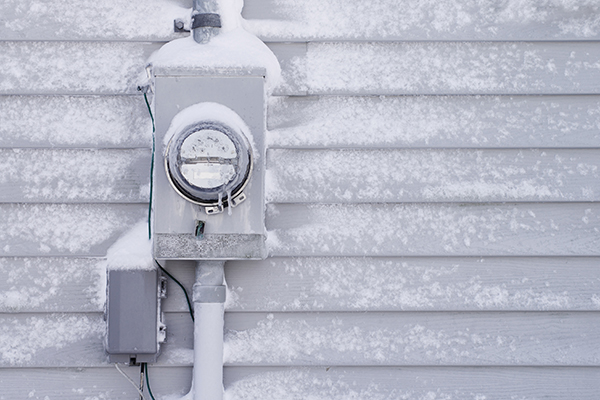 The term “cost effective” is a well-used starting point for many HVAC system proposals, retrofits and renovations. But what does it mean? A dictionary definition would read: “try to produce a good result without costing a lot of money.”

It’s the “without costing a lot of money” part that confounds most consumers, because modern HVAC systems are expensive.

Of course, everything has a cost—monetary or otherwise—associated with it, thus deciding how much must be spent to achieve a good result keeps many of us awake at night.

In my case, as I wrote about late last year (HPAC Dec. 2021), I decided to replace an existing single stage 95% AFUE gas furnace with an all-electric cold climate heat pump at my new home in eastern Ontario, not too far from the Quebec border.

Given my circumstances, I could have just as easily, with considerably less expense, simply installed an efficient central cooling unit and likely exercised the “without costing a lot of money” part to maximum benefit.

But, in my previous home, I had the luxury of living with a modulating gas furnace running on propane and controlled by a communicating smart thermostat combined with an outdoor temperature sensor. The furnace would fire at 65% input on a call for heat, and once a flame signal had been established the modulation routine could ramp as low as 40% input or up to 100% input in as little as 1% increments as required.

Only on the coldest days would 100% input be necessary. The serial port communicating variable speed blower would follow the increasing or decreasing inputs as necessary providing warm air at the temperature rise I had previously selected. A very quiet and delightfully comfortable system.

Costs have increased considerably since then. Propane, as of September in my area, was 71.9¢/L, equipment and labour costs have increased, not to mention shortages of materials and qualified labour further vexing our industry.

Moving to a smaller better-built modular home (half the size of my old one), that is running 100% electric featuring my Mitsubishi cold-climate air-source heat pump (ccASHP), I realized a significant savings having used 7,892 kWh as of April 22 this year.

Considering my savings are 71% lower (for all my power needs) as opposed to the old house having a propane and a hydro bill, I’m happy with the way things turned out.

But is it cost effective?

My input costs devoted to get this particular show on the road have been substantial, and not just on the HVAC side. I can’t remember how many dump truck loads of gravel and fill were used to level a garage shed and to prepare pads for a deck and porch, not to mention overseeing installation of the electrical service and plumbing among many other things. It’s not for the faint of heart, but I don’t mind the work.

As mentioned, I have a top-notch HVAC system, yet the average person would be, in my opinion, better off to stick with conventional real estate by investing in a modern property already incorporating the best of HVAC, insulation, glass and other benefits.

What Is Everyone Else Doing?

Taking a look at the United Kingdom (UK), the shine has really gone off the ubiquitous and, up until recently, the indomitable gas-fired combi boiler.

The Brits, along with the European Union (EU) countries, promised long ago to reduce carbon emissions dramatically by eliminating the use of natural gas (NG) for domestic heating.

This coming heating season, the EU and the UK may have their ambitious climate change policies advanced at an accelerated rate thanks to the war in Ukraine leading to a potentially huge reduction in NG supplies from Russia.

In a document published by the European Heat Pump Association (EHPA) in May 2022, hydronic heat pump sales have grown by 2.18 million units, an increase of 34% over last year.

The EHPA estimates that in the entire EU, there are approximately 17 million units in service to date, but that’s a mere 14% of the heating market.

The incredibly ambitious REpowerEU plan calls for 60 million units in service by 2030.

I have a difficult time dealing with such ambitions, especially when cost effectiveness seems to be left out of the equation.

Listening to some of our plumbing/HVAC colleagues posting YouTube videos from abroad, I’m shocked to discover that removing a combi boiler in favour of a hydronic heat pump (mostly air source) imposes significant extra costs onto the homeowner.

In many cases, a buffer tank is required that’s typically installed in the loft (attic); existing piping is inadequate to handle the required flow rate of the lower temperature fluid, and too often, many heat emitters have to be replaced with larger units.

Even though the outdoor units run much quieter than heat pumps of yesteryear, houses in the UK, for example, tend to be closer together and have smaller gardens (backyards) so that several units in operation up and down the yards tend to create objectionable noise levels.

We are, in effect, rapidly furthering heating system evolution disguised as yet another profligate government spending program. Such spending tends to direct the monetary awards to fellow travelers, yet I’m convinced that market forces would advance the cause of such a gigantic enterprise just as well.

The UK government was offering a piddling incentive to homeowners to help defray added expense, but that program is ending soon. In the UK and elsewhere, the “good heating system result while not costing a lot of money” remains an ethereal concept out of reach for the average household.

What Are We Doing?

In North America, the shine has decidedly gone off any fossil fueled heating appliance. Governments have fallen in love with air source and ground source heat pumps. In the U.S., the American Council for an Energy-Efficient Economy (ACEEE) claims “electric heat pumps will be the cheapest clean option to heat most U.S. homes by 2030.”

The government of Canada, also thoroughly invested in the electrification of everything, has been working on new energy performance standards for air source heat pumps that will now incorporate a Minimum Efficiency Performance Standard (MEPS) for heat pumps in AHRI Region V starting in 2023.

The Heating Seasonal Performance Factor (HSPF) in previous listings for air source heat pumps always reflected conditions found in Region IV. Thus, an air source heat pump with a Region IV HSPF rating of 7.0 required the rating to be divided by a factor of 1.15 to arrive at its Region V HSPF of 6.0. 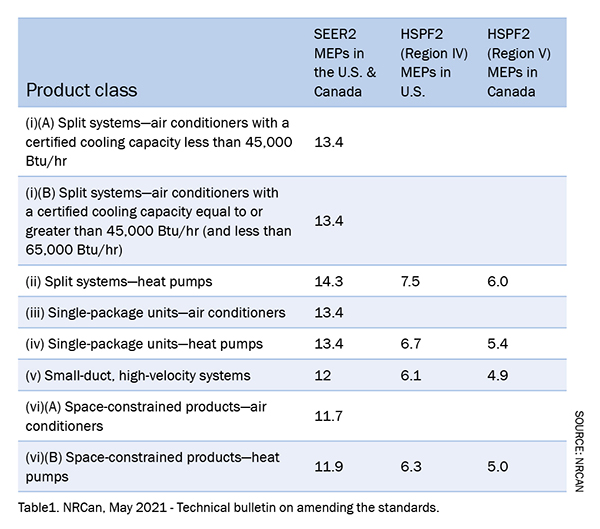 Table1. NRCan, May 2021 – Technical bulletin on amending the standards.

Among other things, manufacturers would also have to report:

NRCan proposes to make these requirements applicable to units manufactured after January 1, 2023. Today’s cold climate air source heat pumps typically produce an HSPF2 in Region IV of the U.S. of 9.0 or better making the cold climate heat pump one of the best heating and cooling choices for Canadians. (More on the cost-effective part of the equation later.)

There is no doubt in my mind that better built buildings that waste less heat, provide better ventilation along with a cleaner indoor environment should be adopted even if, as more than a few skeptics believe, the so-called climate crisis didn’t exist.

I read with interest the efforts of an organization in the Greater Toronto & Hamilton Area (GTHA) called The Atmospheric Fund (TAF) that got together with the City of Hamilton to pilot a project intended to “advance electrification of space heating in Ontario.”

In the published case study, “Lessons from a Heat Pump Retrofit at CityHousing Hamilton”, three suites in a 40-unit housing project were chosen to have heat recovery ventilation along with a VRF air source heat pump system installed to evaluate the performance of the new system that, if successful, would be scaled up to the entire complex.

It is an interesting read. The well-intentioned project did improve the living conditions for the tenants but, sadly, even though TAF went to great lengths to understand the situation and to engineer a suitable heating system, the pilot project was a failure.

In fact, this statement from Appendix B of the report tells much of the story: “during the 2018-2019 heating season, the heat recovery VRF ASHP consumed 54% (22kWh) more than the electrical baseboard heaters were projected to consume on the average day.”

Data collected by TAF indicated that, even though the vetted project passed the planning stages, it turns out the equipment was oversized and suffered from energy wasting short cycles. Mother Nature does not give up her secrets easily, but kudos to the City of Hamilton and TAF for attempting to improve the HVAC system in the project.

I’m sure that lessons learned will be implemented and a cost-effective renovation for the other suites will be completed. No doubt, other energy saving projects near and far will also benefit from the City of Hamilton experience.

Electrification of everything, the supreme energy saving goal, will take decades to implement in Canadian cities.

Some municipalities already have decided to ban any new builds from connecting to the gas distribution system for heating and cooling, leaving builders to adopt cold climate heat pumps or geothermal systems as the best way to heat and cool exceptionally tight houses. But what about the tens of thousands of existing houses needing a retrofit heating system today?

Figure 1. It’s still hard to cost-justify replacing existing oil and gas furnaces like those above unless a home’s existing ducting and electrical can handle the switch to an all-electric cold climate heat pump.

Today’s heating technology is expensive, and I’d argue it is not cost-effective to replace old blisters like those in Figure 1, with an all-electric cold climate heat pump system unless:

Similarly, replacing like for like doesn’t always ring the cost-effective bell for me either. I’ve argued before that too many houses have second-rate HVAC, and I would go as far to say that it would be cost effective to abandon the existing system in favour of a multi-split ccASHP, for example. Today’s low wall ccASHP terminals look good, provide decent air mixing characteristics are more easily serviced.

But I see nothing wrong with offering, when appropriate, a two-stage gas furnace controlled by a smart thermostat as the most cost-effective solution for older homes sheltering cash strapped consumers. But the system must work:

Natural gas, even propane, in my opinion, still offers outstanding cost effectiveness for the short term while necessary improvements will be made to houses over the decades to come.  <>

Ian McTeer is an HVAC consultant with over 35 years of experience in the industry. He was most recently a field rep for Trane Canada DSO. McTeer is a refrigeration mechanic and Class 1 Gas technician. He can be reached at imcteer@outlook.com.