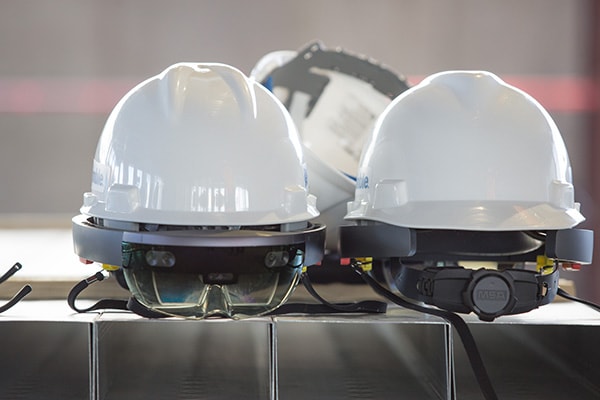 Motion sickness is poised to throw a wrench into the seemingly unstoppable rise of virtual reality, including its use among mechanical contractors. A team of researchers at the University of Waterloo have a solution.

“This has been a problem for years in immersive virtual reality. Some of those problems have been solved. Turns out you need really close mapping to how you’re physically moving in the real world and how your camera in the virtual world moves, for instance. But some people still experience sickness… So how do we solve this problem?” said Séamas Weech, postdoctoral researcher at the University of Waterloo Department of Kinesiology.

Weech is co-author of a recent study out of the university that hopes to predict and combat cyber sickness. The study involved collecting sensorimotor measures, such as balance control and self-motion sensitivity, from participants while they played a virtual reality game in which they were floating in space.

“What we found was very interesting,” he said. “The more that someone sways in response to a moving visual field, the less sickness they felt in virtual reality. This tells us those people may have more flexible sensory motor control processes. So they can actively change their use of sensory information better than others, leading to better adaptation to virtual reality.”

The virtual reality market is expected to reach around $50 billion by 2020. While the majority of that revenue is likely to come from the entertainment industry, the technology is increasingly adopted in engineering, health care, education and training.

“Information spreads quickly and virtual reality is not likely to have a very positive reputation if one of the major stories surrounding the technology is the huge problem of cyber sickness. Solving that issue is most likely to be one of the key issues that determines the scale of the benefit to society introduced by virtual reality in the next 20 years,” Weech said.

Cyber sickness can last for an hour after using virtual reality, affecting balance, retention of information and fine motor control. Contractors using the technology may opt to terminate the experience or take breaks in the middle of a task.

“Not only can it be an unpleasant experience for the person experiencing it but it can also be catastrophic for their ability to perform especially in high-stress situations like doing an installation,” he said. “When you’re experiencing cyber-sickness you’re much less stable than you would normally be. This could be quite a serious problem if an individual is in a situation where they need to maintain stability in order to be safe.”

Not all is lost, though. The study offers insight into how cyber sickness can be predicted and counteracted, so users can access the slew of benefits offered by virtual reality through a more tailored experience.

“The upside of the immersive virtual reality experience [is that] you can more naturally interact with your environment… You get better memory for the layout of a system, the parts of a system, and your learning will likely transfer well to the real world,” Weech said. <>

Stay tuned for more on the role of augmented and virtual reality for troubleshooting and diagnostics in an upcoming issue of HPAC. See HPAC February 2018 for early coverage of this emerging technology.

While often used interchangeably, augmented reality (AR) and virtual reality (VR) refer to two different experiences.
VR is fully immersive. Users don a head-mounted display and other electronic equipment, such as gloves fitted with sensors, in order to be “transported” to a computer-generated simulation of a three-dimensional image or environment.

AR, on the other hand, involves the use of technology–such as a smartphone or tablet app–to superimpose a computer-generated image over the natural environment.
Mixed reality–a term gaining more traction–sits somewhere in the middle. It allows the user to experience virtual objects in the real world. Microsoft HoloLens is likely to be the most well-known mixed-reality technology.
Each technology will feature predominately in the entertainment industry, but the trades can take advantage, too. VR-based training is on the rise, and both AR and mixed reality offer a slew of benefits to contractors in the field.