Contractors in the classroom: Business growth networks offer a venue to hone skills, compete in market 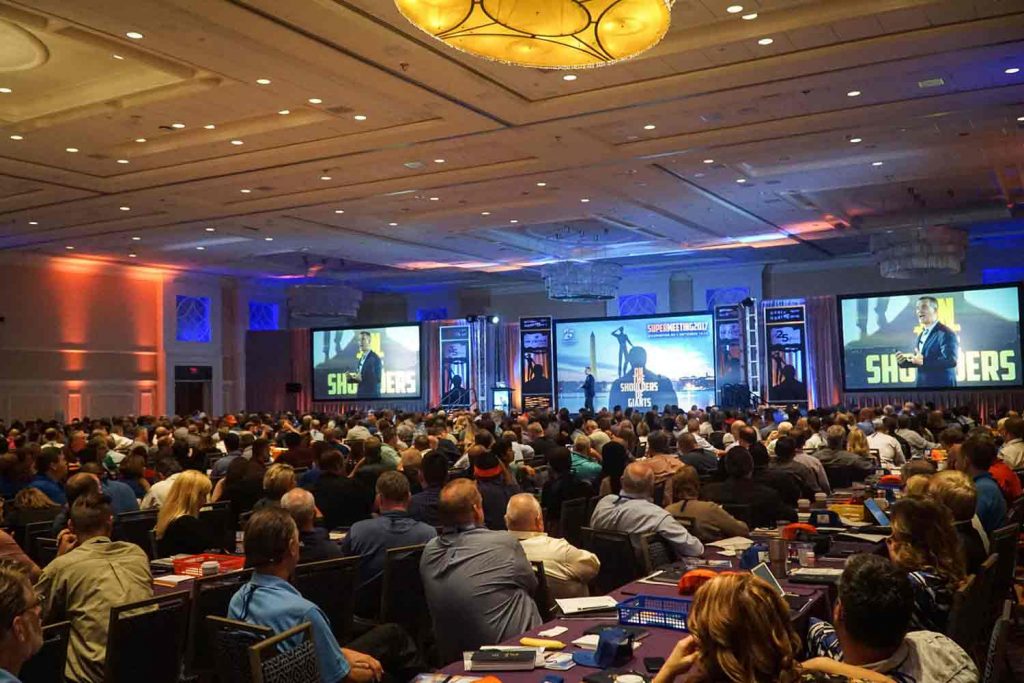 Mechanical contractors remedy complex and critical problems in the field. The skills to run a small- to medium-sized business, however, may not come as easily.

A contracting business can become stagnant without the acumen to handle operations tasks, such as service expansion, sales, digital marketing and long-term strategy development, to name a few.

Even more, the industry’s toughest problems, such as labour shortages, can seem insurmountable.

A solution in the form of membership-based business growth networks offers contractors an opportunity to learn what it takes to turn a profit.

Nexstar, headquartered in Saint Paul, MN, is one of these organizations.

“I’m not going to say it’s not cheap,” said Nexstar member John Finan, president of London, ON-based Finan Home Service. “On the flip side, the return and the processes you learn are invaluable.”

Nexstar membership costs upwards of $8,000 USD annually. Its patented training system is one key reason 610 North American contractors (29 in Canada) have signed on, according to business enhancement specialist Lisa White.

Conversely, in Ontario, the ClimateCare Co-Operative offers its services at a tiered membership structure, and the cost of core membership runs from as little as $350 a month up to $950 a month.

The co-op has 34 members across the province, as far west as Chatham, east to Cornwall and north to North Bay. Unlike Nexstar, members – for the most part – operate under the ClimateCare brand.

Through purchases from approved suppliers, member-contractors earn individual and group volume rebates and discounts while building their equity in the co-op. The group also offers technical training, marketing expertise and professional business coaching, among other services.

White said Nexstar’s revenue is mostly funnelled into research and development, on which it spends $2.5 million annually. Its latest project, a recruiting course, debuted in June after a year in development.

The organization also plans to offer technical training online for plumbing, HVAC and electrical trades. The cost to develop that program – still ongoing – has hit $5 million.

“It’s really hard if you’re an individual, independent contractor to go it on your own,” ClimateCare executive director Mario Bernardi said. “Sometimes we have expertise here that they don’t have, especially on the marketing side and even strategic planning.”

Finan, an electrician by trade, said working with Nexstar allowed his business to branch into plumbing and HVAC services.

The organization’s courses, which include trade expansion, are offered to owners, leadership teams and frontline employees. Members meet with a business coach monthly to set goals, which can vary.

White said some contractors want to comfortably run a $5 to $6 million business, while others hope to generate higher revenues. Conversely, a $3 million business might struggle with cash flow, inventory or sales, for example, and a coach will tailor training accordingly.

With 140 live-events around North America each year, members also access plenty of networking opportunities. Annual regional round table meetings are held in May and June with its board of directors, comprising nine members.

Its most recent meeting was held in British Columbia – home of Brian Williams, founder of Ashton Plumbing, Heating, Air Conditioning and member of Nexstar’s board of directors.

At his first Nexstar meeting in 2012, Williams said he filled out five pages of notes in the first hour.

“Holy mackerel,” he thought. “We’re not doing this. We need to do this.”

Since then, he said Ashton has “jumped in with both feet” and taken about every course Nexstar has to offer.

“90 per cent of our to-do’s are getting to-done,” Williams said. “You would have to get an MBA to learn all these things.”

Martin Luymes, director of programs and relations at the Heating, Refrigeration and Air Conditioning Institute (HRAI), echoes Williams when he describes the benefits of these organizations, and HRAI, to contractors without a formal business education.

“This is kind of a substitute for that [training] and, in some ways, a better one because the people you’re learning from are other successful contractors,” he said.

Although, with 1400 members in Canada from across the industry supply chain, Luymes said HRAI offers a networking opportunity that “very few other organizations can match.”

Luymes adds that many Nexstar members are members of HRAI, and all members of ClimateCare are required to join the institute.

Prior to the evolution of business growth organizations, the market was manufacturer-driven, said Tim Inch, regional vice president and general manager of the Canadian region for Service Experts.

Manufacturers would make an effort to develop dealer-contractor skills in order to sell more products – the brand is the contractor, though, not the equipment, Inch said. Inch is the son of Gerald Inch, ClimateCare founder and developer of RIPS, a flat-rate software program.

Established in 1992, the co-op offered a space for contractors to learn from each other. At that time, he said there was “very little education on how to be a better contractor and, specifically, how to be more profitable.”

Since then, ClimateCare has expanded its offering and, with that, its price point grew. For some contractors, peer-type groups, such as HRAI, offer similar programs at a lower cost.

“Members pay a lot, lot more money to be part of ClimateCare, certainly a lot more than they pay to be a member of HRAI,” Luymes said. But many contractors are working in the business instead of on it, he said, which makes it difficult for these organizations, as well as HRAI, to recruit.

“It seems like a really obvious thing to do for a business owner to be part of something like that to better their business, to be more profitable,” Luymes said.

For a franchise operation such as Service Experts, though, business growth organizations are not as necessary since in-house training programs offer the same value, Inch said.

Luymes adds that for a large, commercial contracting company, a business networking organization like Nexstar or ClimateCare that focus primarily on residential contracting may not be a fit.

Still, Finan said with big players like Enercare, recently acquired by Brookfield Infrastructure Partners LP, and Reliance Home Comfort, owned by Victor Li’s CKP (Canada) Holdings Ltd., dominating the market, it’s important to know how to compete – and Nexstar helps him to do just that.

“Would we still be in business doing what we’re doing without it?” Finan said. “Sure. But not to the level of seamlessness and sophistication that we do.”
Inch believes these organizations offer value to mechanical contractors as the marketplace continues to evolve.

“A lot of contractors will probably initially view it as a cost they don’t need, but I think the progressive ones will understand that what they’re able to bring them they wouldn’t be able to, for the most part, get themselves.” <>